The Most Common Cancer Types in Women 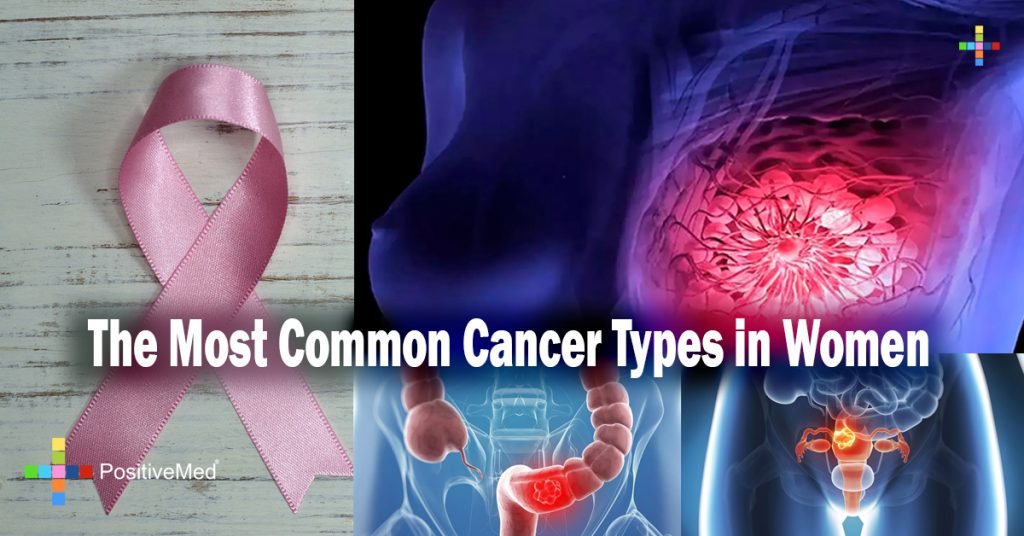 The Most Common Cancer Types in Women

Women have a greater chance of developing certain forms of cancer in their lifetime. Factors including age, genetics and lifestyle can make some women particularly vulnerable. Doctors may be able to take preventable measures to keep certain cancers from developing. These five cancers are among the most common cancer types for women.

It is predicted that one in every eight women will get breast cancer. Many forms of breast cancer are highly treatable with excellent cure rates if they are caught early by doctors. In its later stages, breast cancer can spread to the brain, lungs and liver. Common symptoms of this cancer include breast lumps, nipple discharge, and breasts that are painful or tender. Some women also report armpit swelling and breast indentations as symptoms. According to Cancer.org, one in 36 or roughly three percent of women with breast cancer will die from the disease. So, breast cancer is one of the most common cancer types in women.

One of the most shocking facts about lung cancer is that many cases occur in women who have never smoked. Research suggests that women’s lungs are more vulnerable to damage caused by secondhand smoke and other toxins in the air. Some women with lung cancer symptoms complain of persistent coughs, shortness of breath and hoarseness in their voices. Chronic episodes of bronchitis and pneumonia is another common symptom. Statistically speaking, one in 17 women will get lung cancer in her lifetime. More than 70,000 women die from lung cancer each year in the United States.

This cancer affects the colon and rectum and usually occurs in women over the age of 50. A colonoscopy is a form of screening that can detect this cancer in its early stages. If any precancerous growths (polyps) are discovered during a colonoscopy, they can often be removed with surgery. Abdominal pain, bloody bowel movements and unexplained weight loss are often associated with colorectal cancer. It may become difficult to pass stool if tumors grow larger. Out of more than 65,000 women who get this cancer each year, nearly 25,000 are expected to die.

RELATED ARTICLE: HER MYSTERIOUS ITCH TOOK HER LIFE AWAY A FEW MONTH AFTER MARRIAGE

Sometimes referred to as uterine cancer, this condition typically affects women over the age of 55 who are postmenopausal. Women who take estrogen or progesterone are at greater risk for getting this form of cancer. Chances further increase for women who have ever had a form of colorectal cancer known as HNPCC. The Mayo Clinic reports that pelvic pain, discharge and bleeding after menopause are early warning signs of cancer. Approximately 60,050 new cases will be diagnosed in 2016. The mortality rate for 2016 is around 10,470 patients or 1.8 percent of all cancer deaths.

There are many forms of skin cancer, but melanoma is considered to be the deadliest. Exposure to ultraviolet rays from the sun is one of the most common causes of all skin cancer types. Wearing sun screen and protective clothing over exposed skin can help prevent this condition.

Having a mole that changes in size or color could indicate the presence of skin cancer. Other symptoms include sores that do not heal and lumps that form in areas where suspicious moles are present. Approximately 10,000 out of every 76,000 people who are diagnosed with melanoma will die from the disease.

Every woman is susceptible to getting cancer in her lifetime. Many cancers that affect women are not automatic death sentences. Advancements in research and treatment in recent years have helped lower death rates significantly. Recognizing the early symptoms and getting the proper treatment can help save lives. Women who take the recommended preventative measures can further decrease their chances of getting cancer.