Important Rules for Women Having One Night Stand 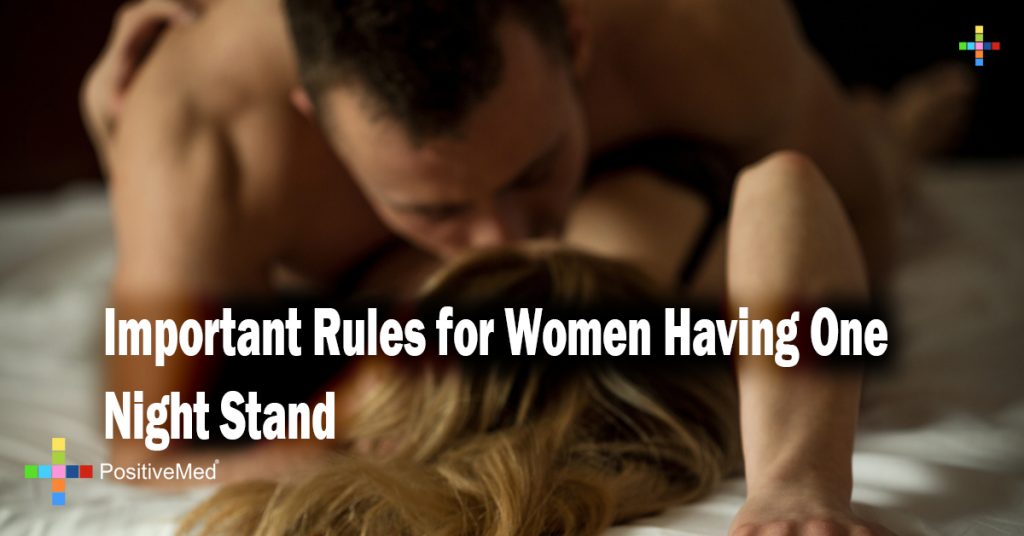 Important Rules for Women Having One Night Stand

Most women never intend to engage in a one night stand, but many do. In fact, according to a study by AdamandEve.com, 70% of Americans admit to having at least one night stand. In case you find yourself having a hook-up, here are some rules you need to know.

It’s Not Love at First Sight
When a night out for a few drinks turns into a casual one night stand, don’t mistake it for fate. Feeling desire at first sight versus feeling love at first sight is not the same thing. While the line may become blurry for many, it’s perfectly normal to feel desire, even for someone you don’t love. This doesn’t make either of you bad people. It simply means that you are two individuals who shared a physical response to one another. Maintaining that frame of mind will help you enjoy your encounter without tearing yourself down later.

Don’t Drink and Hook-Up
Alcohol and one night stands don’t mix. Alcohol impairs your judgement, your reaction time and your performance. Keeping your drink consumption to around two or three drinks can help. Not only will you find more satisfaction from the @ncounter but you will have more self-control. A clear head can prevent misunderstandings about your partner’s intentions as well as your own. If you do end up going home with someone after having a few too many, tell a friend. Making sure someone knows where you’re going and who with can keep you safe or even prevent an unintended mistake.

RELATED ARTICLE: All You Should Know About ‘NEW’ STD And How To Prevent It

Bring Your Own Protection
While most one night stands are unplanned, it doesn’t hurt to have protection on hand just in case. According to the American $exual Health Association, there are 110 million Americans living with an STD at any given time.

Statistics like these means that protection is a given and not an option. By carrying and using your own protection, you can ensure that it hasn’t expired and hasn’t been tampered with. Protecting yourself should always be your first priority, even when you’re just having a good time. Carrying your own protection and insisting on using it can save both of you from a lifetime of regret.

Not All !ntimacy Is Created Equal
Mistaking physical contact with emotional !ntimacy can lead to many confusing emotions after a one night stand. Before engaging in a casual hook up make sure that you are ok with the idea of walking away and never speaking to your partner again. Often times that is exactly what happens. That’s not to say that a relationship is out of the question, but the odds are unlikely. Feelings of !ntimacy are even more confusing when you know the person you’re engaging in a one night stand with. Keeping a clear separation between an emotional and physical connection can help avoid emotional confusion during a one night stand.

Having a One Night Stand Doesn’t Make You Bad
Contrary to popular belief, having a one night stand makes you human. You are simply a person giving in to human feelings and behaviors. Not all people have the same feelings and impulses but there are plenty that do.

One night stands can be pre-arranged or spontaneous. Either way, keeping these important rules in mind can mean the difference between a night to remember and a moment you wish you could take back.