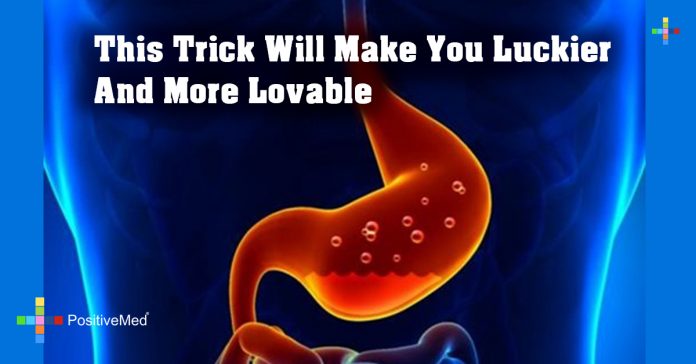 This Trick Will Make You Luckier and More Lovable

Hunger is a natural part of life, but many people are afraid of the feeling. Hundreds of years ago, this was not the case. Humans would experience times of plenty after a harvest or a hunting trip. This period might have been followed by periods of hunger. In fact, there is proof that the human body may have been designed to work more efficiently when it is in a state of hunger. Check out a few ways that being hungry can actually make you smarter, luckier, and more lovable:

A study out of Northumbria University reports that people who exercised before eating breakfast burned fat more efficiently than those who waited to exercise until after they had eaten. When the body is hungry, several hormonal changes take place within the body that help to burn fat and build muscle tissue.

An Empty Stomach May Help You Learn

Researchers at the Max Planck Institute of Neurology studied the effects of hunger in populations of fruit flies. It was found that hungry fruit flies were able to problem-solve more efficiently. It was even theorized that hunger allowed the brain to create new pathways to make balanced decisions. In 2006, Yale researchers studied the effects of hunger and found that students develop memory more efficiently when they are hungry.

RELATED ARTICLE: 9 Sneaky Reasons Why You Are Constantly Hungry, and How to Stop it!

Because digesting food requires a significant amount of blood flow, the physical act of love isn’t as enjoyable for those who have just eaten a big meal. This is because the blood that would have stimulated personal areas is now being used for digestion.

In addition, a hungry body produces a hormone known as ghrelin. Ghrelin elevates mood and energy levels. It also creates a feeling of well-being, and it makes people more apt to be social. If you allow yourself to be hungry, then the production of ghrelin may make the physical act of love more enjoyable all around.

Dutch researchers from the University of Utrecht found that hungry people made better decisions than those who had just eaten a large meal. A study involving decks of cards and a reward system found that gamblers who placed bets on an empty stomach fared better because they were less likely to act on impulse. Instead, they relied on instinct and made better, more informed choices that focused on long-term results instead of short-term rewards.

Some Medications are Best Taken on an Empty Stomach

If you are taking certain medications, your pharmacist will suggest that you take them before breakfast. Taking medicine on an empty stomach allows the medication to fully absorb into your bloodstream, and this makes it work better. However, it is important to discuss this with your pharmacist, as some medications produce the best results when they are taken with food.

A Full Stomach Can Disrupt Your Sleep

Sleeping does not require much energy, so there is no need to eat large amounts of food before bedtime. Any food that you eat right before you go to sleep may be turned into fat instead of being used as immediate fuel for your body.

None of this information is intended to advocate for self-imposed malnutrition. You should always make sure that you are eating enough to have enough energy for your day-to-day tasks. You must also make sure that you are consuming enough vitamins and minerals to keep your body healthy. However, in most circumstances, it is not medically necessary to eat constantly throughout the day. Letting yourself become hungry can even improve your mental function.