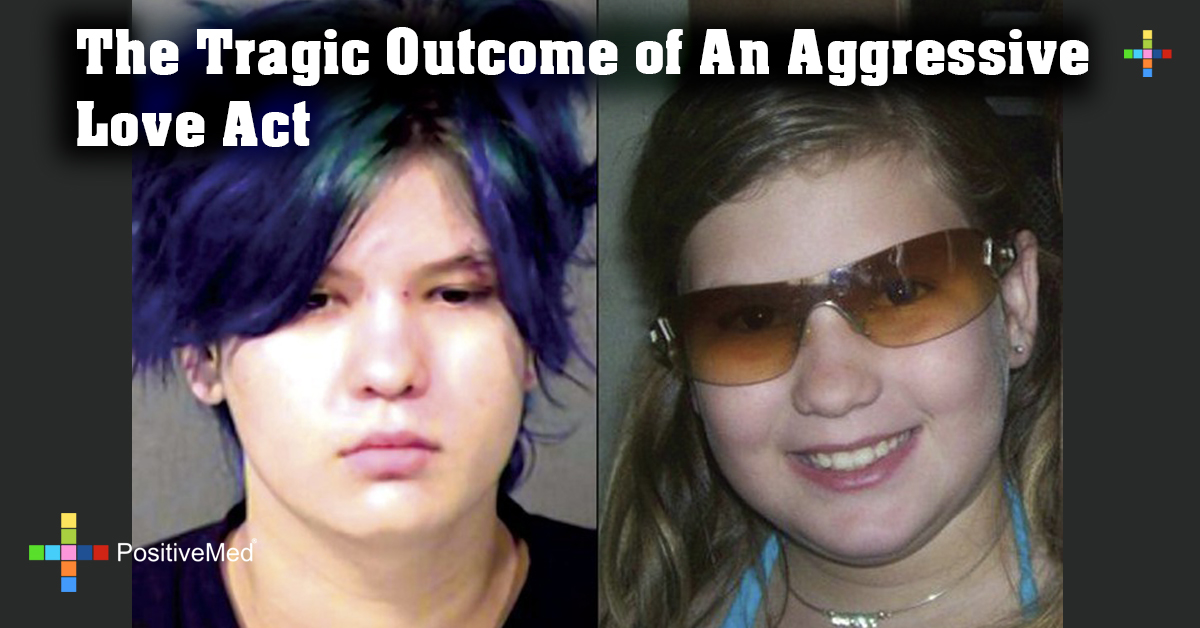 In what may have been a tragic accident or a cold-blooded murder, a 43-year-old man was killed by his 16-year-old girlfriend during lovemaking. Jessica Burlew was arrested January 18th, 2014, after telling police she strangled Jason Ash, a man whom she referred to as her boyfriend, with an electrical cord while having an aggressive love act. Ash was found dead, a cord around his neck and razor cuts on his arms, in Burlew’s bed. Woodside said her daughter called her to tell her Ash was dead. Burlew was gone when police arrived.

Police found Burlew in a neighboring apartment, where she admitted to strangling Ash. She said she had been too scared to return to her apartment. She told police that Ash’s death was an accident; choking was a consensual act typical of their closeness, and Ash had failed to use the safe word the two agreed upon to stop the choking.

Prosecutors decided to pursue second-degree murder charges against the teen, obligating her to be tried as an adult. Burlew, now 18, originally pleaded not guilty, but later accepted the state’s plea bargain, entering a plea of guilty of second-degree murder in exchange for a 10-year sentence with a 644-day credit for time already served.

Rough play like this is not uncommon in the bedroom; unfortunately, neither is accidental death from the love act. What may be the first-ever recorded case of death by asphyxiation in the course of lovemaking was that of Peter Anthony Motteux, as long ago as 1718.

As it turns out, human nature may play a large role in angry lovemaking. Physical attraction tends to be completely separate from and uninfluenced by emotion, making it entirely possible for someone to feel flustered over a person they thoroughly abhor.

Numerous studies, like this one published in The Journal of Neuroscience or this one found in Human Brain Mapping, have shown time and time again that attraction is a neurological response, lighting up parts of the brain responsible for decision making and releasing neurotransmitters like dopamine, the “feel-good” chemical; adrenaline, which kickstarts the fight or flight response; and serotonin, a “happy hormone”. All of these components come together to form a perfect storm of a biological response that is beyond a person’s control, completely independent from any conscious emotions one may harbor toward an individual. Humans simply cannot control who they’re attracted to.

The effects of these acts on their participants grant much insight into why people may enjoy such aggressive forms of closeness. One study found that, while both partners reported decreases in psychological stress after the fact, the partner subjected to pain showed measurable increases in cortisol, a hormone indicative of physiological stress. This led researchers to wonder if the couple weren’t, in fact, entering states of altered consciousness.

Further research concluded that “bottoms”, those being dominated, exhibited a state called “transient hypofrontality”, which is associated with increased pain threshold, feelings of floating, peacefulness, and time distortions. “Tops”, or the ones doing the dominating, entered a state known as “flow”, which induces focused attention, a loss of self-consciousness, and optimized performance.

But not all practitioners of violent love acts do so for psychologically sound reasons. Dr. Fran Walfish, a psychotherapist and author of The Self-Aware Parent, believes these animalistic urges may stem from feelings repressed during childhood.

She postulates that women who have troubled relationships with their fathers may learn to lash out against men through misguided carnal aggression. This behavior can also be found in boy children who suffer less-than-fulfilling relationships with their mothers; boys with mothers who reject them can become resentful and can often project anger toward his mom onto his girlfriend.

At the end of the day, about half of men and women harbor some fantasies regarding domination and aggressive love acts. The behavior is not at all abnormal or uncommon, regardless of the reasoning behind it. The most important tenet of this type of lovemaking should always be safety, to avoid needless tragedy in what should be an enjoyable act.

ABOUT US
PositiveMed is an unconventional, independent and popular resource for health & wellness in 3 different languages. Every month millions of people around the world trust us as their source of health tips and news.
Contact us: [email protected]itivemed.com
FOLLOW US
© Copyright © 2011-2021 PositiveMed All Rights Reserved