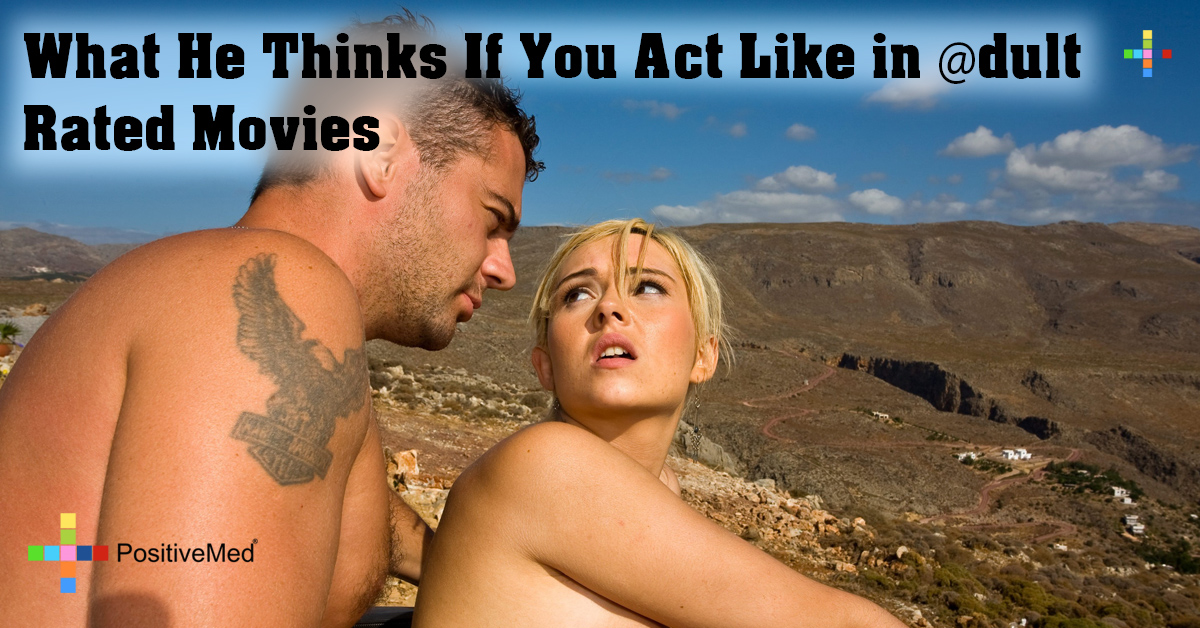 What He Thinks If You Act Like in @dult Rated Movies

If you ladies ever watch adult rated movies, do you wonder what your man would think of you if you were to act in a manner similar to that of the women in such movies? You might have even contemplated asking your man to watch adult-rated movies with you, but you promptly shut yourself down due to embarrassment and insecurity, especially since you most likely think the standards set by the women in these movies are too high for you to match.

After surveying a handful of men with a few questions related to adult rated movies and the actors of said movies, here is some great news for you.

As it turns out, most men are repelled by the fake moans and would rather try out new ideas or techniques in bed with their partners, other than be with the adult rated movie stars. Most men secretly prefer having their partners take up the movie star roles.

The men were asked whether it mattered if a woman talked or acted like an adult rated movie star in bed.

The response was as follows:
• Although at times it adds to the fun when their partners play-act like the adult rated movie stars, as soon as the groans and moans start to sound surreal, they will no longer be interested.
• Men are okay and will remain interested as long as it does not sound like the weird adult rated movies where women squeal.
• Men prefer when women are being natural since they hate the fake adult rated movie moans which women sometimes imitate thinking it turns the men on, yet it does not.
• Although play-acting is quite exciting, women must always remain real and natural.
• Most men are not into some weird adult rated acts since most of the adult movies are unrealistic.

RELATED ARTICLE: The Surprising Reason Why Women Actually Moan During Lovemaking
• Men also think it is a great idea only if both partners are into it and know they are only watching the movies for fun and pleasure. If one partner is interested and the other is not, relationships will most likely get strained.
• Watching adult movies with your partner can also be great if both of you are willing to honestly talk about what you do and do not like, which in turn makes it possible to take the time to find something that both of you are into.

Here is what men think on whether it is weird when the girl next door turns into an adult rated movie star in the bedroom
• It is not weird since most girls are all business outside the house and totally different when indoors.
• People will usually hide what they really are and want, it is quite amazing how women let go of all inhibitions when in bed.