What Her Sleeping Position Reveals About Her Personality 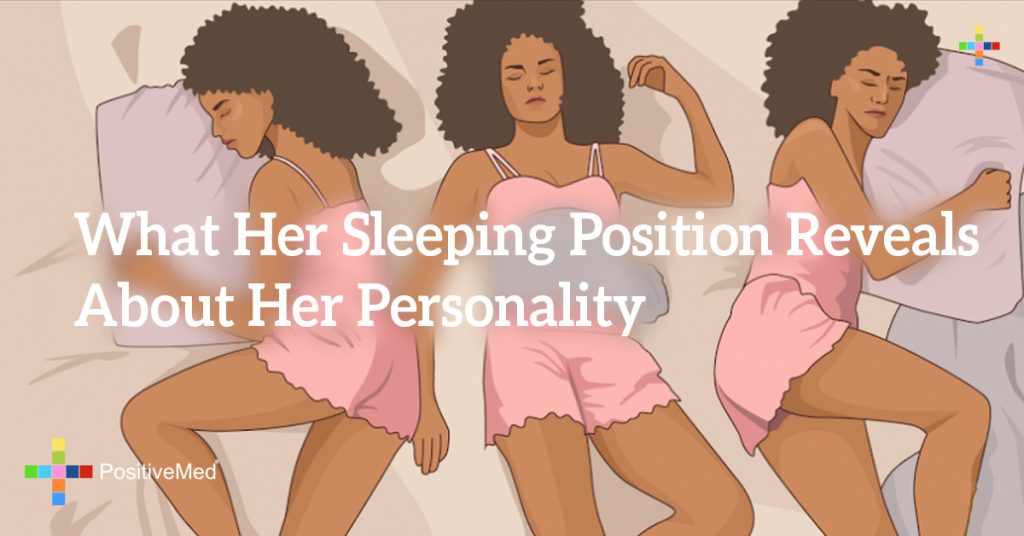 What Her Sleeping Position Reveals About Her Personality

Sleep is one of the most beloved aspects of being a living being, but it is also one of the most mysterious. It makes sense, though, simply because being unconscious results in the unknown. To some, that point is intriguing, but it is a little unsettling to others. Above all else, however, sleeping position actually says far more about a person than their daily schedules or routines do. And it can actually highlight the type of personality that this person has. This theory is especially true for women, and the discoveries are endlessly fascinating. There it is: Your sleeping position reveals what type of woman you are. Let thank sink in with the following:

The study of body language and its link to sleeping patterns supports this idea, simply because those who sit in a chair at a business meeting with their hands cupped on the back of their head, for example, are believed to be welcoming and open to new ideas. That concept is applied to this sleeping position.

If you are a pillow hugger or even somebody who bundles up their blankets to embrace them during sleep, you are believed to be a non-judgemental and trustworthy person. Essentially, your warm personality when awake translates into your sleeping position.

Laying flat on your back with your hands falling by your side is the ideal sleeping position. It’s seen in movies and mattress advertisements, so it makes sense that studies reveal that this position is for those who are slightly vain. Those with high expectations of others sleep like this, and the readiness of them to spring up demonstrates their inability to trust others easily. Essentially, the need to be good enough during the day results in the ideal sleeping position.

Sleeping on your side demonstrates that you have a generous personality in which people heavily take advantage of. Sleeping on the side seemingly portrays that you put worldly burdens behind you as you rest, gaining strength as you dream. Though your trust is easily broken, you are able to move past the general heartache.

Most believe that snoring is a common problem, but those who snore usually do not even know that they do. When a blunt person simply comes out with the fact, it is recommended that the snorer sees a doctor to detect the real issue. It is believed that those who snore are not actually in a deep, restful sleep, but are actually demonstrating the general frustration that they feel throughout the day. Those who are stressed, easily irritated, and in need of relaxation tend to snore heavily. In fact, over 40% of adults regularly demonstrate this sleeping issue.

To finalize, sleep reveals a lot about women-even more than the average day ever could. What women tend to bottle up throughout the day is easily demonstrated in the manner that they sleep, and personality traits are translated on the mattress.

Sleeping positions tend to reveal physical and psychological disorders, and can play a factor in the way that women better understand themselves. Disruptive sleep patterns also contribute to the display of a woman’s personality and should never be ignored. So, there it is, ladies: Paying attention to how you sleep a little more can either validate the caring person that you are, or could reveal an underlying issue.