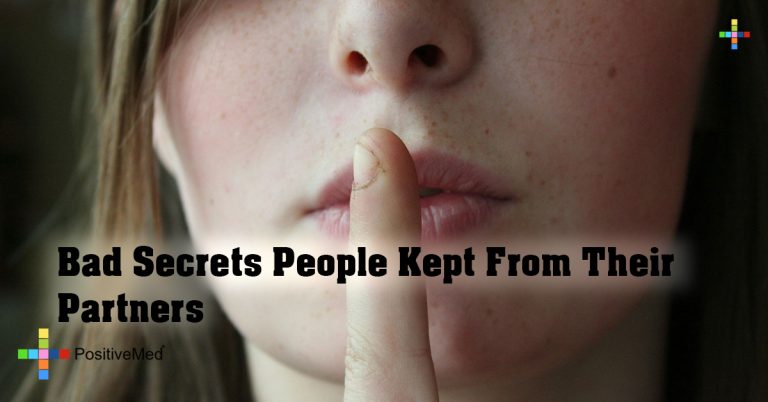 Recent research showed that about one in five people have been kept bad secrets from their partners. Surprisingly, one-quarter of the participants said they had kept this secret for over 25 years. One in four of the people said it was so huge that they feared it may destroy their relationship. A lot of the secrets bordered around infidelity, p()rn()graphy and money troubles.

However, there are even worse secrets that have been kept from partners.

I asked a few individuals to share their deepest, darkest secrets anonymously that they have concealed from their significant other and how it affected their relationship.

• I slept with my girlfriend’s mother

I started dating her in college, and we have been on and off for over five years. She knows everything about me except the secret I kept from her. I made love with her mother before we got together; I had no idea at the time that they were related. I feared her mother would spill for so many years, but she never did. So I also decided to keep my secret too. I love spending time with her but family event can get really awkward because I can barely look her mother in the eye.

A few years ago, I got addicted to drugs and was put in rehab twice by friends and family. I’ve cleaned up now, and I haven’t told my boyfriend. I feel he will resent me because of his family values, so I’d rather not tell him.

RELATED ARTICLE: 6 Women Admit Why They Were Unfaithful to Their Partners

• I have a criminal record

Back in college, I got busted with drugs and was arrested. I have not told my girlfriend because I don’t know what her reaction is going to be. I finally decided to tell her because I prefer her hearing it from me than anyone else.

• I had chlamydia when we met

I was seeing one woman for a few weeks, but I was still having one night stands here and there. Soon after, I got diagnosed with chlamydia, and since we hadn’t slept with each other, I didn’t see the need to let her know since she wasn’t at any risk. I wanted to protect her from getting infected, so whenever she and I were getting close to lovemaking, I avoided it. I had to pretend I was away on a business trip during the period of my treatment. I didn’t think we would get serious with each other, so I didn’t tell her still. Even after dating for a long time, we didn’t get serious.

• I was unfaithful at the beginning of our relationship

When my boyfriend and I started dating, things got serious really quick, and I was also seeing someone else at that time. We never decided on being exclusive, so I took a longer time to break things off with the second guy. I can’t imagine how hurt he would be if he found that about the other guy at the beginning of our relationship.

• I cheated on my fiancé with a neighbor

When we got engaged, it was the happiest day of my life. I couldn’t wait to be his wife. He was so far away, and I made love with my neighbor. Even though it was just twice, I feel like I betrayed him and he may not forgive me. I never intend to tell him.

I met my girlfriend in a bookstore and after a few dates, we kicked off a new relationship. I did not tell her that I was previously married and divorced three times. I want to marry her in future, and I feel it may change her perception of who I am. However, I will have to tell her eventually.

According to research from salon.com, individuals who keep secrets will most likely have both physical pain and psychological problems. They can be relieved once the secret is revealed. Another study by Professor Tom Frijns in the International Journal of Behavioral Development, which was conducted on 278 adolescents showed that people who keep secrets experience low self-control, loneliness, and depression.

In a relationship, honesty is a vital factor for growth. It’s important to avoid making assumptions about what could happen if you come clean. You may be surprised.