Is Your Man a Cheater? Check These Common Signs Cheaters Have 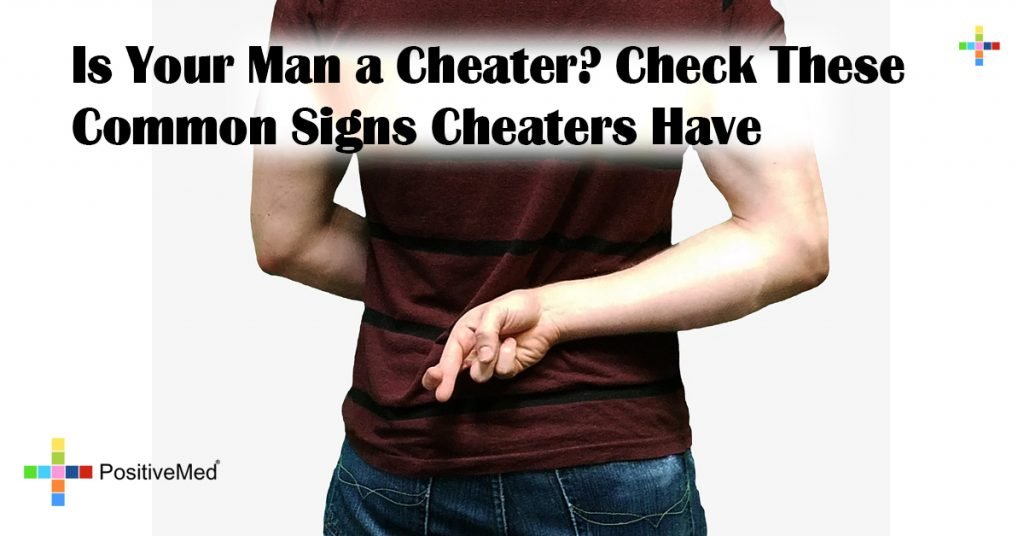 Is Your Man a Cheater? Check These Common Signs Cheaters Have

1. He Doesn’t Have A Good Relationship With His Mom

For whatever reasons, one of the hallmarks of a cheater is a poor relationship with their mom. It can be for 100 different reasons, but if they have grown up with a poor image of what a mom was, then they are more likely to misuse and disrespect other women.

Does he think the world revolves around him? If your man has a narcissistic attitude, he will probably cheat on you. Men who think they are all that can never be satisfied with just one woman.

Does your man seem to act like Donald Trump with an arrogance that he is in control? If your man is power hungry, it is another classic sign that he will be a cheater. Control freaks need more than one woman to satisfy them.

While these powerful, narcissistic men tend to be cheaters, another funny thing is that they typically have a low self esteem. They may be putting on a few pounds, losing some hair, and may not be as attractive as they once were. They will often seek out other women to prove to themselves that they are still desirable.

5. No Limits with Alcohol

Another tall tale sign of a problematic person is they have no limits when it comes to alcohol. They may be an alcoholic and just not know when to stop. People who have problems setting boundaries with alcohol, cigarettes, and drugs, may also have a hard time setting limits in their relationships too.

If your man is suddenly picking at everything you do, there is usually room to worry. If he never cared about dinner being on the table or the house being cleaned before but is not riding you about it, then you should suspect a problem.
[/nextpage] [nextpage title=”…”]

7. He’s Flirting With People In Front Of You

If you and your man are in a restaurant and he is flirting with the waitress, then you have a problem. When a man openly flirts with another woman in front of his woman, it is a sign he has lost interest in his current relationship and is looking to move on. Take the obvious sign as a hint that he is not into you anymore.

When a man is cheating, they may have a hard time keeping track of important dates. If he was always prompt before about birthdays, anniversaries, and another such occasion, then it could be a sign that his mind is elsewhere.

Does your man rush to the other room to take a phone call? Is he hiding his phone or clearing off all of his text messages before you can read them? Does he phone seem to be hidden all the time or he’s outside talking in private? When a man starts sneaking around, they usually have something to hide. Their phone calls will seem private and their behavior off.

If your relationship seems to be nothing more than friendship, it could be a sign of trouble. When a man stops making love with his woman, it is usually because he is getting his love needs fulfilled somewhere else. He may still want to make love, but the closeness that you two once shared may be lacking.

When it comes to men, they can be rather easy to figure out. If they are not into you anymore, then they will make it pretty easy to see. The question is if they are not into you, then who are they into? Cheaters are all the same. The classic signs are hard to ignore. If you find any of these signs from your man, it is time to find out what is really going on.
[/nextpage]