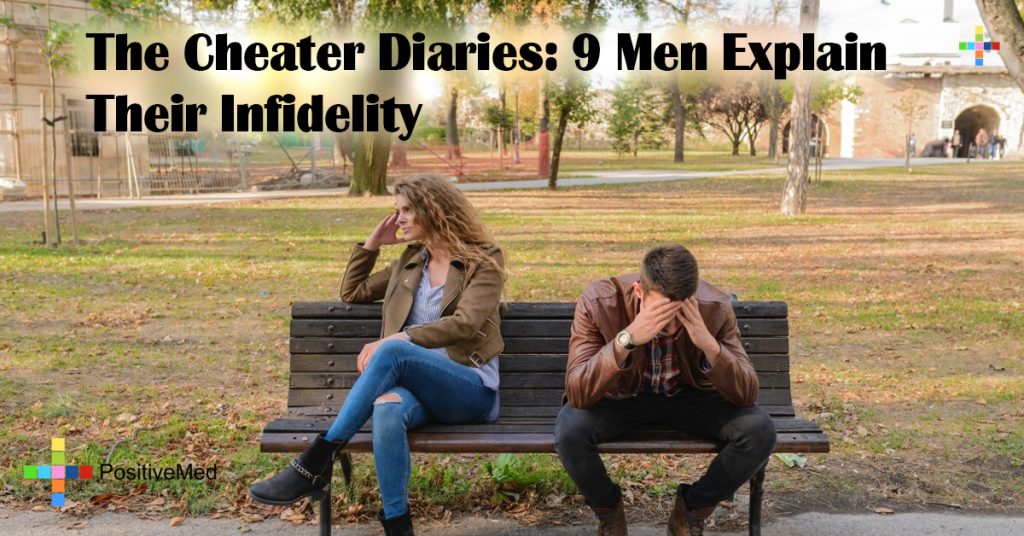 Nobody would blame a person who’s been cheated on for not wanting to rationalize their partner’s infidelity. To gain a little bit more insight into the things that are often left unsaid, several men have come forward to explain exactly what it was that compelled them to cheat on their significant others and the resulting aftermath. The men don’t attempt to justify their actions, but you just might find their reasons slightly surprising.

“All my life, I’ve had this competitive urge that’s gotten me into trouble. I have to be the best, and when I don’t feel like the best, I feel like I’m losing. I knew that my wife got a lot of attention, and when I thought about that, it made me feel like I had to compete with her. Things got out of control fast.”

Studies have shown that men who have a higher level of testosterone are more psychologically prone to risk-seeking behavior, and that includes cheating.

“I put up a front that I don’t really feel much of anything. I had to be the rock for my family when I was growing up, so I’ve learned to suppress my feelings and never to show weakness. I had convinced my wife and myself that I didn’t need to share anything, but when another woman did, I felt something I couldn’t resist.”

Contrary to popular belief, many men feel emotionally deprived in their relationships. Cheating can often be a result of man’s desire to fill the psychological urge for emotional validation that he feels he’s lacking in his relationship.

“The feeling of regret that I had after cheating was one of the worst things I’ve ever felt in my entire life. She thought that I was happy about it, but I’d rather be dead than feel something like that again.”

There’s a stereotype that cheating men are all remorseless playboys. Surprisingly, a psychological survey showed that 66% of men felt guilt immediately after cheating.

“I think should have made a better effort to do more do more adventurous things when I was young. The boredom of my day-to-day became so overwhelming that I let my imagination take over my common sense. My girlfriend shouldn’t have had to pay for that.”

A survey showed 98% of men and 80% of women reportedly fantasize about cheating on their partners at some point in time.

The mistress at work

“When I was at work, it felt like an escape. Instead of approaching my relationship’s challenges, I pretended they didn’t exist.”

Apparently, 40% of men who cheat report that they met their mistress in the workplace. Depending on how much stress the man deals with on a daily basis, he may build up a psychological disconnect between his work life and his personal life.

Men who have developed a strong dissociation between work and home for a long-enough period of time will often display cognitive dissonance when attempting to explain themselves.

“My wife is the most beautiful woman I’ve ever been with, but in the moment of Infidelity, it wasn’t even about physical attraction. I had grown so familiar with my wife that I took her for granted and wanted something new, like an immature kid.”

One of the more surprising reports is that many men who admit to Infidelity claime that the woman they cheated with wasn’t even more attractive than their partner, but simply offered a change of pace.

“I think it came from a place of weakness. I was afraid of my wife cheating on me, and so I talked myself into doing it myself before it happened to me. It sounds incredibly stupid now, but in the moment, it seemed like it made so much sense.”

Perhaps the most common psychological damage that results in Infidelity is a sense of being unworthy or insufficient in others aspects of life besides love.

“I’ve never been able to understand intimacy, and that’s why I’ve tried to avoid it for so long. I confused love with physical contact, and my relationship was the price I paid for ignorance.”

While there are a lot of men who say that they’ve in love, many of these men are secretly confused about the true definition of love. The stress of confusion can quickly develop into psychological turmoil, and when the strain reaches a high point, the man may be prone to do things that he immediately regrets; naturally, cheating is a common result.

“Admitting my cheating to my wife forced me to talk about things that I’d never shared, and we’ve grown closer. I don’t deserve a woman who can be so understanding, but I feel much closer to her now that I can be honest.”

Even though the effects of cheating can be devastating, there are still cases where the relationship has been successfully salvaged after the damage has been done. Depending on the couple, the ability to share weaknesses that lead to cheating can potentially knock down psychological barriers and increase the couple’s level of int!macy and connection.

With all of the emotional destruction that can result from years of trust being broken in a single night, understanding a cheater’s behavior can be an extremely hard thing to do. These stories may not make cheating any less painful, but at the very least, they offer some perspective.
[/nextpage]

PrevPreviousShe Takes Watermelon Seeds and Boils Them. The Reason Will Shock You!
NextKnow The Difference Between Bipolar and Manic Depressive DisorderNext