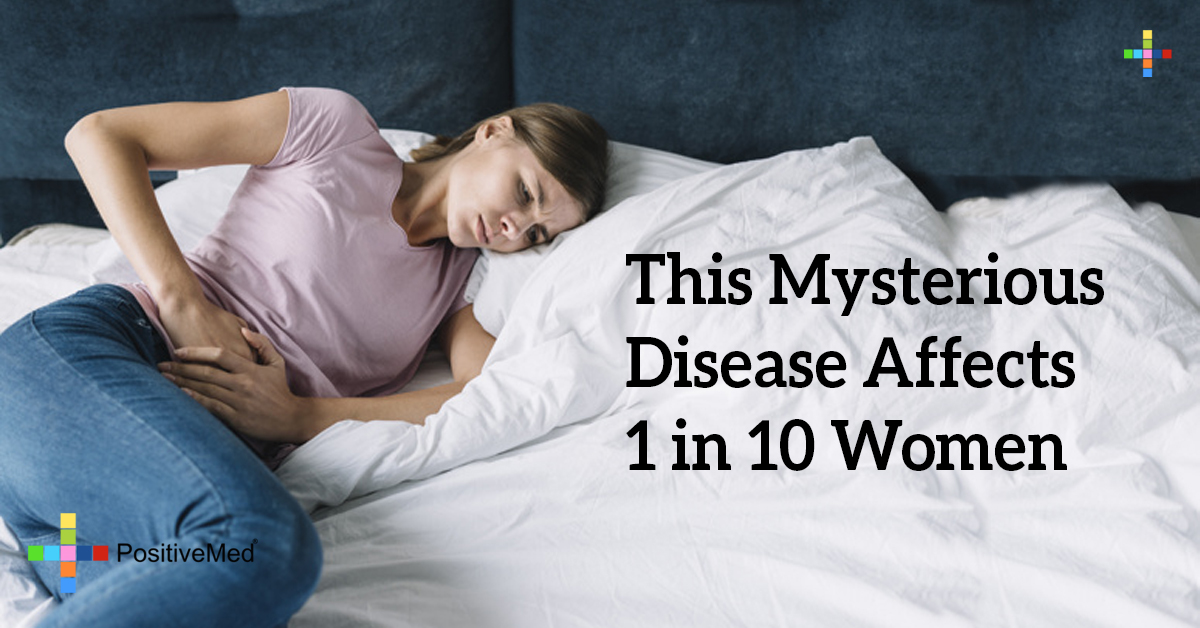 This Mysterious Disease Affects 1 in 10 Women

In many cases, misdiagnosed, undiagnosed or simply obscure, hidden diseases seem to be off the radar of established medical science. Yet, the figures are telling in themselves: from a monetary view, women lose their jobs to the tune of $80.4 billion a year in the U.S. alone where an estimated 7.6 million women are sufferers.

However, that’s not the only way this hidden disease plagues women: broken relationships due to painful $exual experiences; untold reports of infertility; and an almost total disinterest by many researchers as to finding the cause of this disease is prevalent.

Related Link: Eating Changes She Made to Cure Endometriosis

While many women may not display any symptoms at all, below are listed some of the most common manifestations of the disease.

Surgery, drugs, and laparoscopic laser treatments are commonly used, in addition to hysterectomies. While anti-inflammatory drugs, oral contraceptives, and hormone-suppressing drugs are used, admittedly, there is no cure for the disease and efforts concentrate instead on relieving the symptoms.

After one recent study, medical researchers concluded that a high consumption of green vegetables and fruit may lower the risk of developing endometriosis; however, eating red meats was not encouraged nor the drinking of alcohol, milk or coffee. There was no reason given for this determination.

As such, a comprehensive, integrative approach seems the way to go for many women: mild exercise, good nutrition and an avoidance of extreme emotional stress.

If you are a sufferer of this illness, how well does your dietary intake align with the above holistic dietary suggestions?