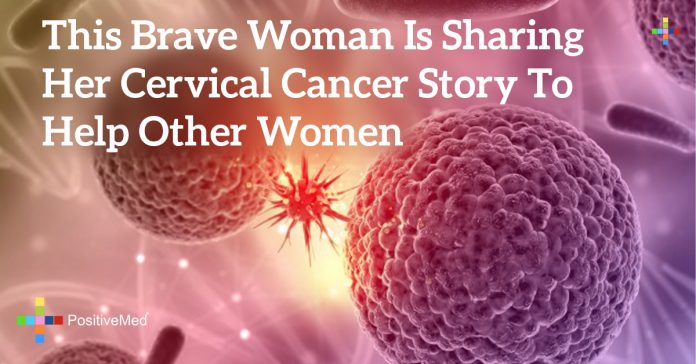 Cervical cancer, which is cancer that happens in the tissues at the base of the uterus, affects thousands of women each year. There are routine screening tests that can discover abnormal cells before they are fully cancerous, so it is possible to treat cervical cancer before it spreads throughout the body. However, many women miss the early warning signs of cervical cancer, and then they end up with late stage cancer that is harder to get rid of. A young woman, 24 year old Heather Keating, is sharing the story of her struggle with cervical cancer so that more people can be aware of what to look for.

Normally, a gynecologist can perform a Pap smear that alerts the doctor to any abnormal cells, but most doctors do not start performing these tests until women are 25 because younger women do not have a high cervical cancer risk. Since she was so young, Heather’s general practitioner told her she was not entitled to a free Pap smear to check for cervical cancer yet. Even though Heather had started bleeding when she was not on her period, no one thought she had cervical cancer at first, just because of her age.

However, the bleeding continued to worsen, and Heather noticed that she was also bleeding after having closeness. After three months of this, the bleeding was so bad that Heather was actually anemic. Eventually, she was able to convince her doctors that something was wrong, and Heather was diagnosed with stage one cervical cancer. Fortunately, an MRI scan confirmed that the cancerous cells had not spread throughout Heather’s body. During stage one cervical cancer, all cancerous cells are confined to the cervical tissue, so Heather’s cervix was removed with surgery. Heather has now recovered from the surgery, and so far, no other cancerous cells have been found in her body.

Heather is now cancer free, but she is sharing her story to warn women about the dangers of cervical cancer. Heather posted on Facebook and other social media websites, explaining her story and urging women “If you are under 25 and feel something is not right please go and get it checked out with your GP.” By raising awareness about the symptoms of cervical cancer, more women may be able to get diagnosed in the early stages of cancer while it is still relatively easy to treat. Often, stage one cervical cancer can just be treated with surgery, while later stages require damaging chemotherapy and radiation treatments.

Though cervical cancer does not often have extremely noticeable symptoms, the warning signs of cervical cancer are still present. The most common symptom is unusual vag!nal bleeding, such as the bleeding that Heather experienced. This bleeding may occur as blood that appears between periods, or the abnormal bleeding may sometimes appear in the form of unusually long and heavy periods. Women with cervical cancer sometimes notice that they start to bleed after douching, having a pelvic exam, or act of lovemaking. Sometimes the bleeding is painless, but some women with cervical cancer experience pain in the pelvic region, especially during or after intercourse. Occasionally, vaginal discharge may take on an unpleasant odor and unusual appearance.

If you have any of the above symptoms, it is important to talk to your doctor as soon as possible. Heather’s doctor may not have listened to her concerns, but most health care professionals will do a Pap smear to rule out cervical cancer if a patient is experiencing troubling symptoms. Of course, it is better to not wait until something is wrong to do a Pap smear tests. Regular screenings and Pap tests can prevent cancer from developing, so they have been able to reduce cervical cancer death rates by 60 percent in the past few decades. It is recommended that women have a Pap test every three years from the age of 21 to 65.