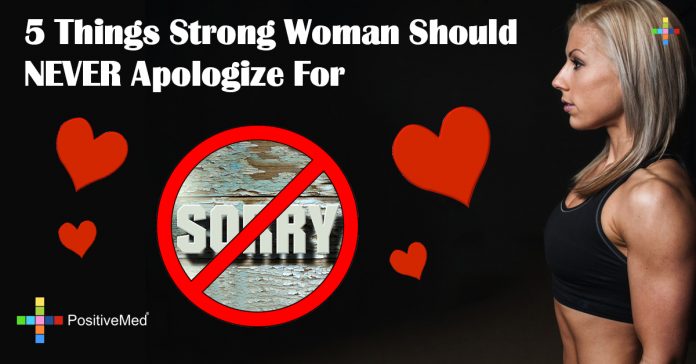 No one is going to tell you that it’s easy or that you’re not going to offend anyone by being who you are and a strong woman. There are no prizes or awards for pushing through the stereotypes and innuendoes that you come across on a daily basis. Yes, there are many people giving you advice on how to live, how to act, and how to present yourself to others. It is difficult and sometimes impossible to please everyone.

I’m saying to you that I know what you’re going through. I am a strong woman. I’ve been criticized and ostracized for my beliefs, my age, and my appearance. I am tired of apologizing for things I won’t and can’t change. Living in the 21st Century and in this increasingly electronic age means that anything I say will be scrutinized more than it would have been in earlier times.

For all you men out there, here is a primer on the 21st-century woman:

1. Women are independent- In this day and age, it should be a “given” that women have their own way of doing things and need the freedom to do them. Women shouldn’t have to apologize for being independent. The Urban dictionary defines independent women as being able to pay their own way.

3. Women are making great strides and are entitled to boast in their achievements- This is another “bone I have to pick” with men who try to belittle women by putting them down or try to tone down their achievements. Hello…we shouldn’t be apologizing for what we’ve managed to achieve. At the 2016 World Economic Forum, Madeline Heilman presented this article: 5 Practical Steps Women Can Take To Get Credit For Their Work to help women to overcome the still present obstacles that many women face.

4. Women have strong beliefs- It is my strong belief in God that has kept me going. I am rooted in this faith, so I’m not going to apologize for believing as I do. It always surprises me when men without any understanding of what you believe try to convince you to follow them. It’s because there doesn’t seem to be any strong men that are willing to stand up for what they believe in that women have had to take the gauntlet at times. Bill Muehlenberg cites the fairly recent phenomenon of weak men in his commentary entitled: Where are All the Strong Men?

5. Not All Women obsess over their bodies or clothes- Yup, I get this a lot. Society, in general, does obsess too much over a woman’s body and how they dress. Enough already…I am tired of apologizing for the way my body looks or what I choose to wear. It is hurtful at times to be judged this way. Strong women don’t need to obsess over their bodies or their clothes. It is self-defeating and so unnecessary.

No, it isn’t easy being a woman in the 21st century. There are many expectations that you can’t fulfill, but it’s also a very exciting time for women. We do have the ability to rise above the obstacles and soar. Here are a couple of inspirational videos for you: