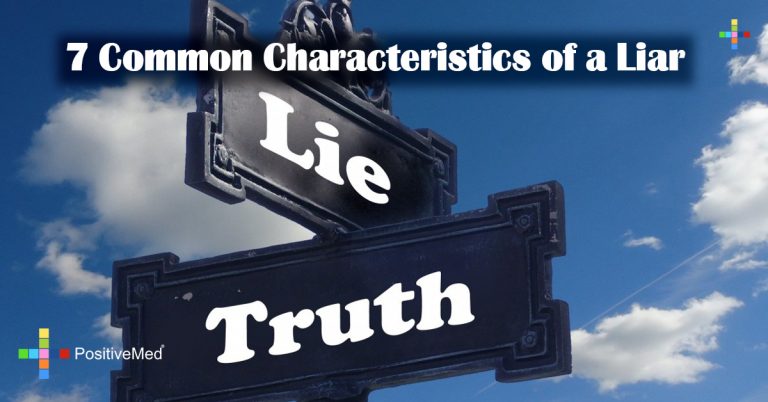 7 Common Characteristics of a Liar

People lie every day about small things, whether it’s telling someone they look good in an outfit when they really don’t, or that they’re having a good day when they’re really not. Sometimes people tell lies that they think are in the listener’s best interest, or not to hurt someone’s feelings such as making an excuse for not going to a function.

However, there are also those whose relationship to lying is completely different from the average person. These people are sometimes called compulsive or pathological liars. According to the Psychiatric Times, a pathological liar is someone who tells frequent and repeated lies that appear to have no benefit or motive. A compulsive liar is someone with an addiction to lying, whether the lies benefit them or not. Not all liars have the same characteristics, but the following illustrate seven common characteristics of a lifelong liar.

Compulsive or pathological liars don’t just lie now and then, but consistently about both small and large things. Pathological liars are also known for studying people, to ascertain what kind of lies they can tell that will be believed.

Compulsive liars refuse to confront the truth, even when presented with overwhelming evidence that they are lying. They will continue trying to convince you that your evidence is wrong and they are right. In some cases, they may lie about things they’ve done or their past in order to make themselves more interesting.

Liars tend to change their stories as they go and may change it for different audiences as well. The listener can look for this by asking questions to establish a sequence of events. The liar may also add in events that stretch belief.

RELATED ARTICLE: 15 Warning Signs That Show Up Too Late in Relationship

Liars also tend to be insecure with low self-esteem. They may exhibit compulsive, selfish and obsessive behaviors. Lying might be a way for them to avoid uncomfortable realities or to change perceptions about themselves. Lying might also be a way for them to boost their ego. Pathological liars can exhibit a range of narcissistic behaviors such as manipulation, jealousy, impulsiveness, aggression and anger.

One of the most commonly known things about liars is that they seek to avoid eye contact while telling a lie. This is true in some cases, but not all cases. Pathological and lifelong liars become very experienced in not exhibiting the standard signs of liars. They may do the opposite of avoiding eye contact and instead give aggressive eye contact to convince you that they’re telling the truth. Piercing eye contact can be a sign that a person is lying just as easily as avoiding eye contact. Some liars also inject humor or sociability into their lying to throw you off.

7.Anger When Accused of Lying

Pathological liars do not show discomfort when lying because of the aforementioned lack of empathy, however, they may show anger or aggression if they appear to be caught in the lie. A compulsive liar may simply be on the defensive quickly and try to turn it on you for accusing them.

In both of these cases, it may not matter if you tell them you know they are lying. Since both types of liars are generally unwilling to confront the truth.
[/nextpage]