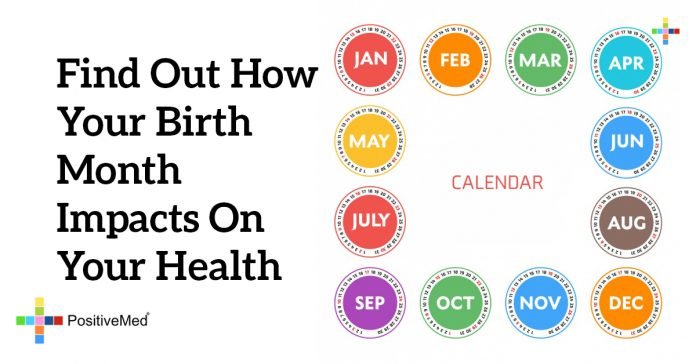 Find Out How Your Birth Month Impacts on Your Health

Research scientists have begun to study the correlation between certain diseases and birth months. For example, a recent study out of the University of Cambridge found that summer babies were born slightly heavier and tended to be taller as adults. It is theorized that this is due to the mother’s increased exposure to sunlight. A larger study out of Columbia University found that 55 conditions, many of them heart-related, were tied to birth month. This group, led by Dr. Nicholas Tatonetti, studied the relationship between birth month and the conditions related to the following systems:

RELATED ARTICLE: Your Birthstone Has Specific Magical Powers! Use Them To Protect Yourself

It was found that babies in May had the lowest risk of all disease. Babies born in October had the highest risk of disease. March babies were at the biggest risk of developing heart conditions, and those born in July had the most risk of asthma. Winter babies were at the highest risk for developing neurological issues. ADHD risk increased into the year, and women born in the warmest months of the year were more likely to have trouble conceiving a child. Tatonetti’s team is currently working with 40 other healthcare institutions worldwide to standardize health records for more detailed research.

In this video from Columbia Medicine, Dr. Tatonetti describes the findings of his Columbia research study. He and his team examined the 1.7 million health records from New York City using a groundbreaking computational method.