PositiveMed The Positive Side of Medicine
Home health cancer Could Your Root Canals Be Causing Cancer? Facts You Should Know 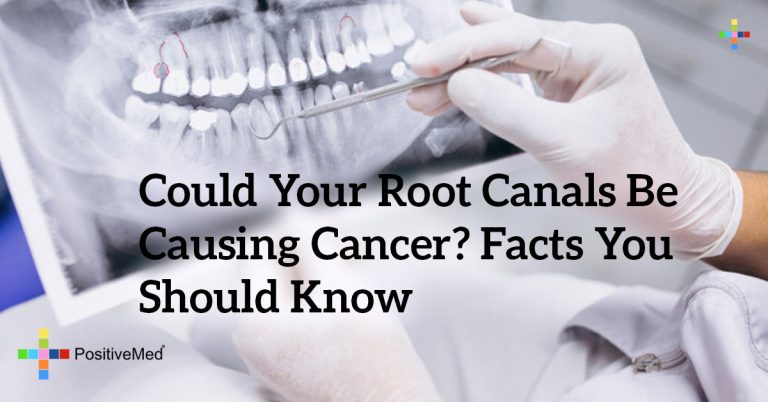 Could Your Root Canals Be Causing Cancer? Facts You Should Know

Recently, a number of professional people have set about to expose one of the most common causes of cancer – root canals. The connection has apparently been buried for decades, but it has now been exposed by people who want you to know the truth.

Are Root Canals Really a Cause of Cancer?

More than 100 years ago, a dentist in Switzerland – Dr. Weston Price – claimed to have found a direct connection between root canals and other diseases. He put teeth that had root canals in them under the skin of rabbits and discovered that the diseases and health problems the owners of those teeth had were quickly transmitted to the rabbits. After the tooth was removed, many of the people saw complete healing.

Another doctor, Dr. Robert Jones, who treated women with breast cancer, saw strong connections between root canals and cancer. In his five year study involving 300 cases, he discovered that there was a very high correlation between breast cancer and root canals, with as many as 100 percent of them having some dental work done on them, and 93 percent had root canals. He also saw that the cancer appeared on the same side of the body as the root canals. When patients came to him later to treat their cancer, he was so convinced of the connection that he demanded that their root canaled teeth be removed prior to treatment.

In any tooth, there are actually many miles of canals that bacteria and viruses regularly travel through. The dentist will attempt to sterilize the tooth before completing the root canal, but it is literally impossible for any sterilizing solution to kill all the bacteria in all the microtubules that are inside a tooth. This leaves many bacteria of all kinds to act as a delayed reaction, when the bacteria, or their toxins, finally gets into your bloodstream.

As the toxins get into your blood stream, they can affect your health in many negative ways. Secondary infections can easily be caused throughout your body, leading to many types of diseases. This includes:

Root canals enable some bacteria that can live without oxygen, called anaerobic bacteria, to be able to hide for many years. They are typically slow growing, due to the presence of oxygen, but may grow faster where it is not present.

Once inside a tooth that is largely sealed off from the rest of the body, and oxygen, they may proliferate. As they do so, toxins will be generated which will reduce the effectiveness of your immune system and antibiotics, enabling the development of a number of potentially serious health problems.

Bacterial Infections Are Often the Result of Root Canals

After having a root canal, infections are very possible. These can be due to improper cleaning of the drilled holes, caused when removing the dentin in the tooth. Of course, some of the bacteria may already be in the tooth, and an infection is simply the result of being unable to truly sterilize the tooth and all of its remaining internal passages that bacteria normally and regularly swim through in the tooth.

When Dr. Price researched the types of bacteria found in teeth that had root canals in them, he discovered 42 different kinds in just 43 teeth. Some of the following bacteria were discovered, which can cause heart problems, kidney problems, nerve problems, and even brain problems. The bacteria found, included:

• Pseudomonas: can cause pneumonia, infections in the blood, can weaken the immune system, and may be fatal.

• Enterococcus feacalis: often associated with urinary tract infections, they are among some of the most common antibiotic resistant bacteria.

The bacteria in your teeth with a root canal will eventually leak into your bloodstream. They are very poisonous and can cause a lot of harm in your body – including the making of chronic degenerative diseases.

Improve Your Oral Hygiene to Preserve Your Teeth

Because of the potential development of harmful diseases stemming from a root canal, it is important to take some active steps to improve your oral health. With the right care, you can prevent the decay of your teeth and keep them as healthy as possible, and for as long as possible. Steps should include:

Cancer is certainly nothing to play with. Having root canals is potentially dangerous and may lead to cancer. Preventive care of your teeth is a wise solution, and ensuring they stay healthy as long as possible is the way to go.