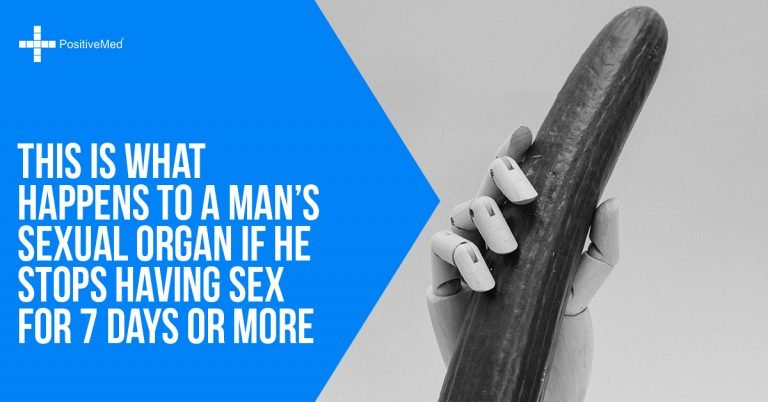 Guys are known to say that lack of physical contact and not getting some is potentially dangerous for them. Although they have been saying this for quite some time, is it really dangerous? Can staying without getting laid damage or affect their Man’s Private Part in any way? Surprisingly, the answer to this question is, yes and no.

Same as female sexual organs, staying without getting laid will have an effect on a man’s Jimmy. Crazy things do happen, and most of them are not what you would expect. Below are some things that can happen to a man’s baby-maker if he does not get laid.

In a way, a man’s Jimmy is a utilize it or lose it organ, much like a woman’s honey pot. Studies have revealed some surprising facts. The issue of erectile dysfunction is more likely to occur in men who get laid less often. Men who get laid on a regular and more frequent basis have a lower erectile dysfunction risk than those who do it less frequently. Because the Jimmy is a muscle, it requires a little exercise, just like every other muscle in the human body. Regular exercising helps to keep the Jimmy in good shape. Fortunately, it doesn’t matter how one gets his workout, and you can either do it on your own or with a partner. Just make sure you get some exercise.

The more a man ejaculates, the less likely he is to get prostate cancer. According to experts, regular and frequent ejaculation reduces this risk of prostate cancer by up to 20%. It is also worth noting that prostate cancer treatments can cause as much as 1.6 inches in man’s private part shrinkage.

Nocturnal erections provide blood flow to a man’s Jimmy and maintain the tissues. As such, men won’t experience erectile dysfunction simply because they are not getting laid. Additionally, they won’t suffer decreased man’s private part lengths in either the erect or flaccid state due to lack of action. However, not getting laid might increase nocturnal emissions.

Men who suffer erectile dysfunction don’t get erections, not even nocturnal ones. As a result, they won’t get adequate amounts of blood flowing to their Jimmies. The findings of multiple studies conducted on men suffering from erectile dysfunction reveal a shocking possibility. The studies show that over time, a reduce blood flow might lead to man’s private part shortening.

One of the most common side effects of not getting laid is a lowered libido. As such, men will most likely want it less if they have not been laid in a while. Fortunately, your libido should bounce back once you resume this important physical activity, even though it will happen progressively.

Because of low testosterone levels, men who don’t get laid can suffer from a reduced drive for physical affections. In such cases, evaluation is necessary since a low drive is known to have negative effects on erection.

Although it is true that you cannot maintain optimal performance if you don’t get laid, keeping your Jimmy healthy is a different case. Erections result in a fresh supply of blood and, therefore, oxygen, which contributes to proper man’s private part health. A man’s body is geared to maintain man’s private part health by causing an erection while he sleeps. However, not getting laid might interfere with this perfect system of operation.

As shocking as the possibilities mentioned above can be, the importance of exercising your man candle is apparent. As seen, getting laid is arguably the best form of exercise for your Jimmy. On top of that, being quite pleasurable provides more reason to use this exercising technique on a regular basis.