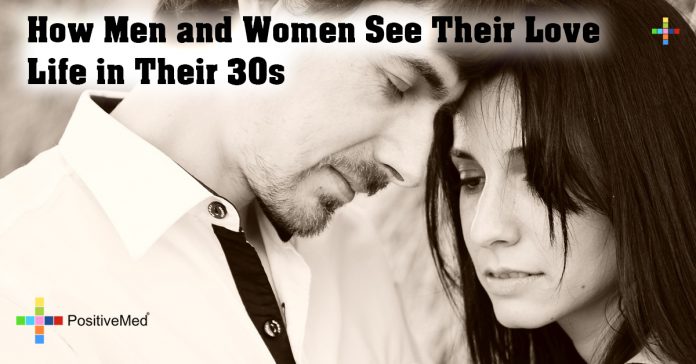 How Men and Women See Their Love Life in Their 30s

Dating and love in your thirties can be tricky. By this age, people are more aware of themselves and their needs, but may have built trust issues. Men and women of all ages act differently concerning love and dating, but these differences can be more pronounced after age thirty.

For instance, men in their thirties are no longer basing a woman’s worth solely on her appearance, but her intelligence and nurturing ability as well. Men also begin to seek a woman who is selfless. This may be because they are now looking for a woman who would do a good job as the mother to their children. Men begin to look for a woman who is emotionally mature and loving, as these are good attributes for a mother. However, many men maintain that physical attraction is immediate for them and that they could not grow more attracted to a woman over time. This is different than a woman’s ability to become attracted to a man over time. For both men and women, social circles begin to shrink around age thirty, and they begin to look at a potential life partner as the primary means of socialization.

A woman in her thirties is reaching her reproductive peak, and may be more self-assured and aggressive than when she was in her twenties. Many men like these attributes. However, women of this age group may also have trouble trusting men because of past relationship disappointments. Women may feel torn between their experiences, their careers, and the biological need they may begin to feel to find a life-partner who can help them raise children. In a study titled “Good genes, Good providers, and Good fathers: Economic Development Involved in How Women Select a Mate,” researchers found that the most important factor for choosing a potential husband was whether or not the women perceived him to be a good father-figure for their future children.

RELATED ARTICLE: 9 Ways to Check if You’re Ready for a Truly Loving Relationship

A recent study out of the UK has revealed that men in their thirties are still not as emotionally mature as their female counterparts. In fact, this study suggests that men reach emotional maturity at the age of forty-two. However, it can be argued that such generalizations are damaging. Some who do not believe this view explain that emotional maturity has more to do with upbringing and experience than brain chemistry.

There are differences in the way that men and women in their thirties show affection for one another. A recent study published in the journal Personality and Social Psychology Bulletin found that men who wanted to show love for their wives not only initiated physical contact but planned activities for the couple to enjoy together. The women tended to sacrifice their own needs for the needs of their partners to show this same love.

There is an age-old idea that men are afraid of commitment. By their thirties, this often is not true. Men entering professions such as law or medicine often begin to consider marriage in their late twenties, so they are actively looking for a potential wife at this time. Conversely, a study out of Rutgers University shows that men are becoming increasingly more interested in an attachment. In these modern times, women are the ones who cite independence as an important factor in their potential relationships.

As with any age, communication between men and women can become strained, but for different reasons. It is a common view that men have more difficulty communicating than women have, but this is not always the case. A woman in her thirties may start wishing to start a family but does not voice this for fear of driving her mate away. Surprisingly, men in their thirties often cite a lack of communication as a deal-breaker in a relationship. Sometimes men in their thirties will shut down after an argument and wish to stop talking about the issue while a woman of the same age will wish to talk about the fight until the problem is resolved.

In conclusion, women and men in their thirties may have pronounced differences in the way they determine who would be their best mate based on the following criteria: