5 Lies People Tell to Get You into the Bedroom 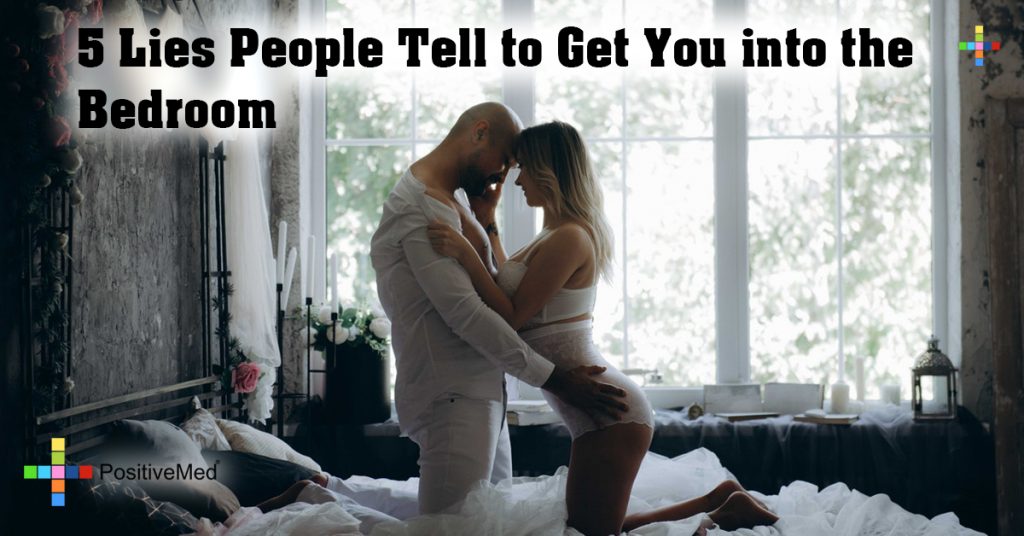 5 Lies People Tell to Get You into the Bedroom

Open communication and honesty are two of the most highly valued attributes of a healthy relationship, but there are many times, especially early on in a new relationship, that people will withhold information or stretch the truth in order to make sure things progress smoothly. A study featured on “The Program” by DirecTV has revealed the top 5 most popular lies that people will tell before closeness. Are you guilty of these? If so, it may be time to consider the reasoning behind your deception. If not, this is a nice way to navigate your growing relationships and get a glimpse into a person’s true nature.

Women who tell their new partner that they’re on birth control when they aren’t may do so for several reasons. Whether they actually want to conceive a child or are just unprepared for closeness but don’t want to ruin the moment, it’s a common lie that can lead to serious consequences. It isn’t just bad because it can cause unplanned pregnancies far too early into a relationship that creates tension and confusion between the couple, but it can also put both parties at risk of contracting an STD.

“I’m not just looking for closeness”

Let’s face it. Men know what women want to hear and they’ll say it to get what they want. It’s wrong, hurtful and degrading after you share your bed and body with someone only to never hear from them again, but the sad truth is that nowadays, people know how to play the romance game for a couple weeks just for a quick pleasure in the sheets. First of all, if a man has to say this, chances are he’s already raised some red flags that made you question his sincerity. If he says it out of the blue, that’s an even more obvious sign that he’s been here before. His subconscious is telling him he has to convince you he’s a genuine guy, so he’ll say things like this to externally fortify the image he wants you to buy into. Don’t fall for it. Let actions speak. Play the waiting game and don’t get close until he’s willing to commit to a monogamous relationship.

Someone can either say this to brag or to minimize their romantic history though both derive from a place of insecurity. A man who believes that he is more attractive because he has “conquered” a lot of women will be more likely to exaggerate the truth. He may also do this thinking it will impress you because in his mind it’s a sign that he’s not attractive if a lot of people don’t want to sleep with him. Women are less likely to brag about multiple partners for fear of being viewed as “easy”.

Men and women who both have an extensive list of past partners may have changed and now feel guilt about their previous endeavors, so they may downplay how many people they’ve slept with so you don’t form a snap judgment based on their past behaviors.

“You’re the first person I’ve ever done this with.”

People who want to feel special will say this in order to increase their importance in your eyes. It’s another tactic employed by those who are insecure to emotionally validate themselves by creating a false sense of intimacy with you. It is upsetting to find out otherwise since this is an easy way to make someone who really is doing something for the first time trust another.

“I always wash many hands after using the bathroom.”

We all have left the restroom without washing, but some people who never do may lie about it because they feel embarrassed and don’t want you to think they’re unhygienic. This isn’t necessarily a lie you’ll encounter in the bedroom since that’s just about the last place you want to talk about the bathroom or anything that relates to it, but friends, family and coworkers may drop this one liner before some type of physical contact.

How to Tell if Someone is Lying

Body language is the best way to decode whether or not someone is being dishonest, but not everyone exhibits the same tells and others are so good at lying that they can do so without giving away anything. The best way to make sure that you’re with an honest person is to take things slow. Get to know one another on an emotionally intimate level before graduating to physicality, because doing so will prove not just a lot about their character, but also about their values and ultimate intentions.