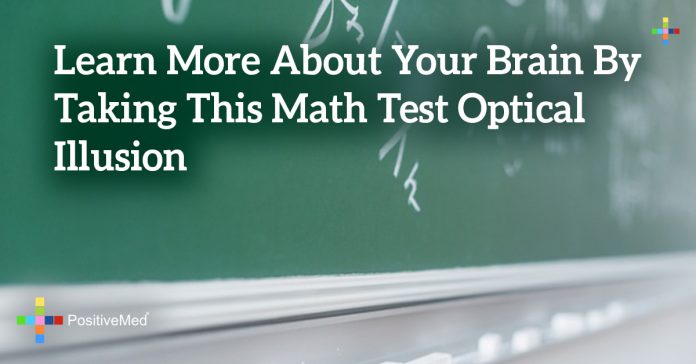 Prepare to have your mind blown! This simple and growingly popular test requires you to perform eight simple calculations without using a calculator or writing down the problems and is followed by a question asking you to name a color and a tool. The test then states that ninety-eight percent of all those taking the test will think of a red hammer or some variation of a hammer of any color or any red tool. Once you’ve calmed yourself after the initial shock, read on to learn why you may have chosen the color red and/or a hammer.

I’m sure you’re asking why so many seemingly different people achieve the same results on this test. Some theorize that the choice of a red hammer is further proof of the cognitive load theory brought about by the work of G.A. Miller. In the 1950s, Miller suggested that human memory has limits to what it can process at once. This same theory is the basis for arguments that teaching is best done when a student’s mind is not overloaded with information that doesn’t relate to learning. Studies have even shown that when performing other tasks, older people do not walk as well. Therefore, overloading the mind with simple math problems creates a cognitive load that does not relate to either colors or tools. Cognitive load makes people react in a more predictable way. Without having to solve the math problems, there is no cognitive load and the mind is free to wander to more creative choices.

RELATED ARTICLE: Take This Test To Find Out How Well You See Color

Why do so many people pick the color red or a hammer? This is where prototype theory takes over. Prototype theory was formulated in the 1970s by a woman by the name of Eleanor Rosch, and states that when people of a similar culture learn a word, most will share the same primary examples of that word. Many people may choose red and a hammer simply because they have been conditioned to relate those ideas to the same category.

Most homes contain a hammer as a basic tool, and most people in the United States have used a hammer when hanging pictures on their walls. Red is a bright color, and often one of the first colors introduced to children when they are learning to categorize colors. This may explain why the second-most chosen color is blue. Another theory is that adults choose red after completing the math problems due to frustration, as many people are apt to “see red” when they are uncomfortable or feel pressured. No matter what the scientific reasons for the red hammer, it’s still amazing that there is an online test out there that is such a good predictor of human behavior.