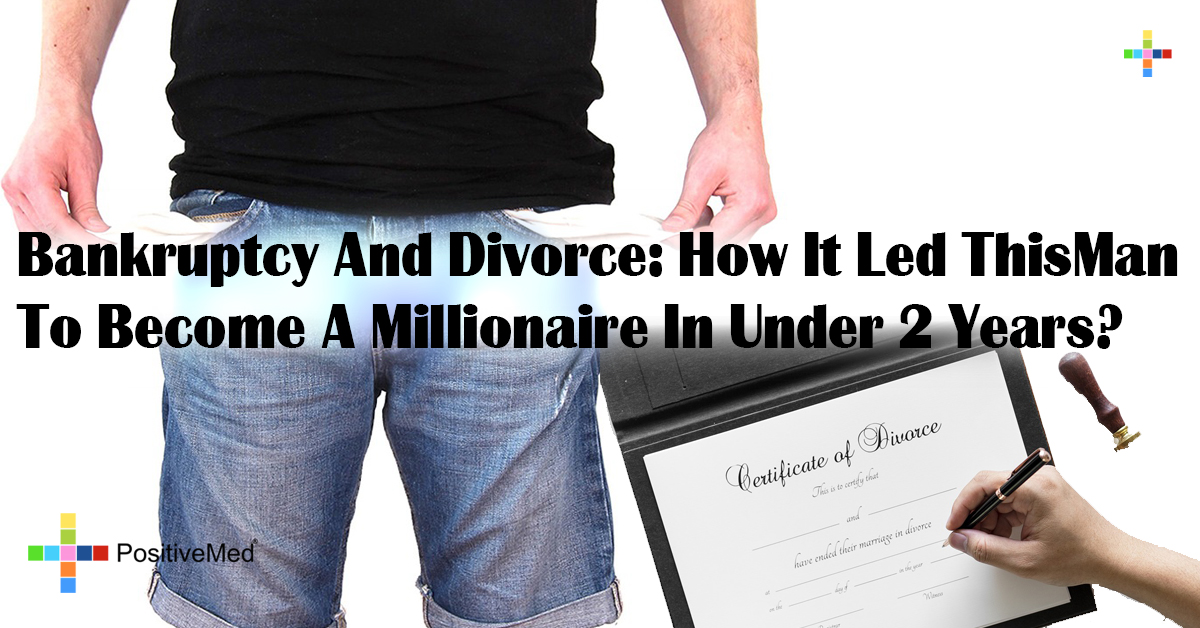 Bankruptcy And Divorce: How It Led This Man To Become A Millionaire In Under 2 Years?

Bankruptcy, divorce and living with his mother at the age of 30 was a sobering moment in Michael Morelli’s life, but the news about being a father was what made him clean his life up. Alcohol, drugs and women were his scapegoats before, but it was time to be the man he’d want his daughters to date. With that emotional ammunition came the idea for what later became a fitness brand that helped him earn $5 million in just 16 months.

His mental and physical health were the first goals he knew he had to improve.

Carrying four grocery bags and a gallon of milk aren’t exactly the easiest trip up a flight of stairs, but he knew he shouldn’t have felt like air was being sucked out of his lungs. His friend giving him a small, green Bible seemed like a random gift to give someone. He took both of those incidents into account when devising his plan.

Unsure of where to start, he asked his friend for suggestions on which Bible selections to read. With a follow-up reading schedule, he dug into the Bible. But that wasn’t the only thing he started reading more of. Morelli also started to devour health and fitness articles, ranging from ancestral health to bodybuilding. Unsuccessful fad diets and workout programs went out the window, and the Paleo diet gained his interest more.

Lounging around and partying in his apartment transitioned into exercising in his apartment with just a few pieces of old gym equipment. In a little under four months of the HIIT plan (113 days exactly), he lost 27 pounds of fat (24 percent dropped to 8 percent). Imagine the look on his face when he took the first glance at his abs, which he hadn’t seen in his entire life until that point.

RELATED ARTICLE: This Is What Lebron James’s Workout Routine And Diet Plan Look Like

Although his back was against the wall, and bankruptcy was a new worry he had to overcome, he didn’t fall into the traps of emotional eating. In the six months that followed his bankruptcy news, he read over 100 books and published YouTube fitness videos from his mother’s basement.

This was also when FAST START FAT LOSS was born, a fitness program that 150,000 people were given. Now the fitness and nutrition guru had become a video sensation and a writer. His bankruptcy woes were turning around, with a seven-figure fitness brand for three new fitness brands (HIIT MAX, Custom Meal Plans, and Primal Body) in 2013. By the time his daughters, Carina, and Carmello, were born, he’d continued to grow his social media following, his bank account and got himself a new fiancee, too.

In the past two years, he now has over 5 million fans, sold over 160,000 fitness programs and gave an additional 150,000 programs away. HIIT MAX is such a hit that Morelli is now taking it on a countrywide tour. Fans with a sweet tooth who want a healthier option should be thrilled about his new book, “The Sweet Potato Diet,” headed to bookstores by January 2017.

But his team isn’t just targeting those who want to lose weight or get fit. Aspiring entrepreneurs may want to get in on the MFIT University, an online marketing platform geared to fitness entrepreneurs, which will release on February 8.

With every obstacle, Morelli has managed to turn it around: bankruptcy to a millionaire, out of shape to a six pack, and divorced to engaged. Should it make singles and parents of daughters rethink the idea of underestimating the adult still living at home? Maybe so.