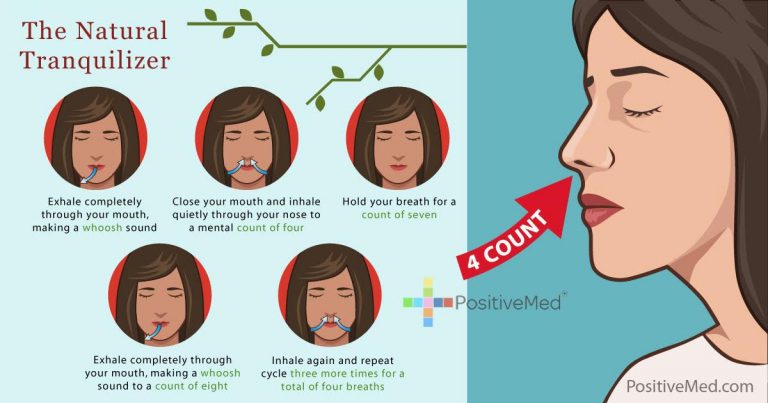 An estimated 60 million people in the United States suffer from some type of sleep disorder. Loss of sleep interferes with driving, social activities, work and even the health of those who suffer from sleep problems. 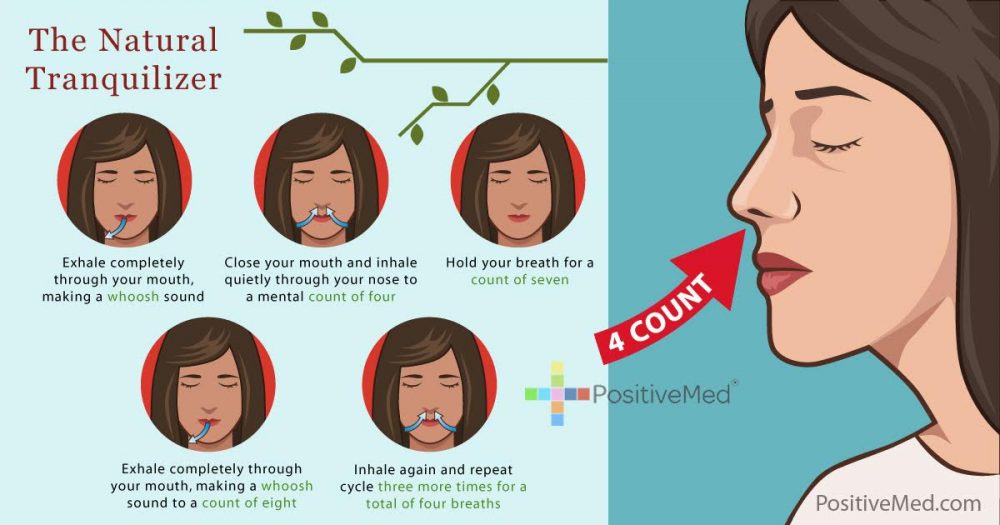 Scientists used to believe that sleep was just the mind lying in a dormant state. New studies have shown how critical a good night’s rest is to the overall well-being of humans. Many researchers believe that during sleep, neurons are able to repair themselves. This is why people who suffer from insomnia may have a difficult time with their memory, may experience mood swings and can have a reduced ability to perform math and reading functions.

The neurological problems that come from a lack of sleep could also play a role in the development of depression. A 2013 study by researchers at Ryerson University in Toronto found that when study participants were treated for insomnia, 90 percent experienced a decrease in their depression symptoms.

Children who don’t get enough rest have been found to suffer in their growth and development. Many of the body’s cells experience increased production and release extra proteins during sleep. When children don’t get adequate rest, the cells can’t properly release growth hormones that allow them to develop properly.

When presented with a case of insomnia, doctors typically prescribe sleeping pills. While these pills work temporarily, they stop working after just a few weeks of nightly use. As the body adjusts to the drugs that induce sleepiness, the pills work less and less effectively.

Developing good sleep habits, such as keeping technology out of the bedroom, exercising regularly and eating a healthy diet can all contribute to getting better sleep at night. Additionally, as insomnia can be a symptom of other health problems, it is a good idea to be examined by a physician in order to rule out any secondary conditions.

RELATED ARTICLE: This’s How Your Body Reacts On Less Than 8 Hours Of Sleep

Recently, a new method to fall asleep quickly at night and cure sleep disorders was developed by Dr. Andrew Weil. The method, titled, “4-7-8 Breath” is based on the calming breathing patterns that are used in yoga.

His method requires no materials and is quickly learned after just a few practice sessions. By completing just four simple steps, many people are falling asleep faster and sleeping more soundly than before beginning the practice.

1. First, exhale completely through the mouth for four seconds. Making a “whooshing” noise as the air is exhaled will ensure that the lungs are left empty.

2. Next, the mouth should be closed as air is inhaled through the nose for four seconds.

3. The breath should then be held for seven seconds.

4. Last, slowly exhale through the mouth while making a “whooshing” sound once again for eight seconds.

The entire cycle should be repeated three to four times. Practicing the method twice daily is recommended until the breathing pattern is thoroughly learned. Weil believes that patients who utilize the method nightly for seven to eight weeks will be able to fall asleep after just 60 seconds.

The “4-7-8 Breath” acts as a tranquilizer, according to Weil, allowing the body to quickly shut off and fall asleep without drugs. Studies have shown that many people take shallow breaths throughout the day, which results in having too little oxygen and too much carbon dioxide. This lack of oxygen is believed to prevent the body from falling asleep, causing insomnia.

This drug-free method to fall asleep quickly can also help to prevent anxiety attacks, reduce overeating and help people who are chronically stressed to deal better with their problems. 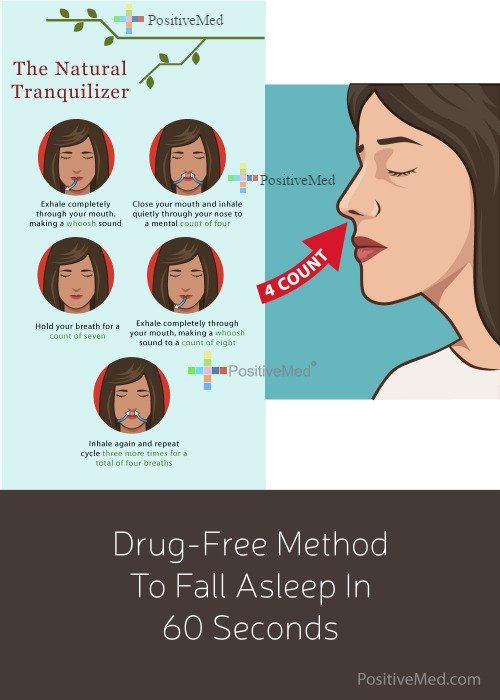