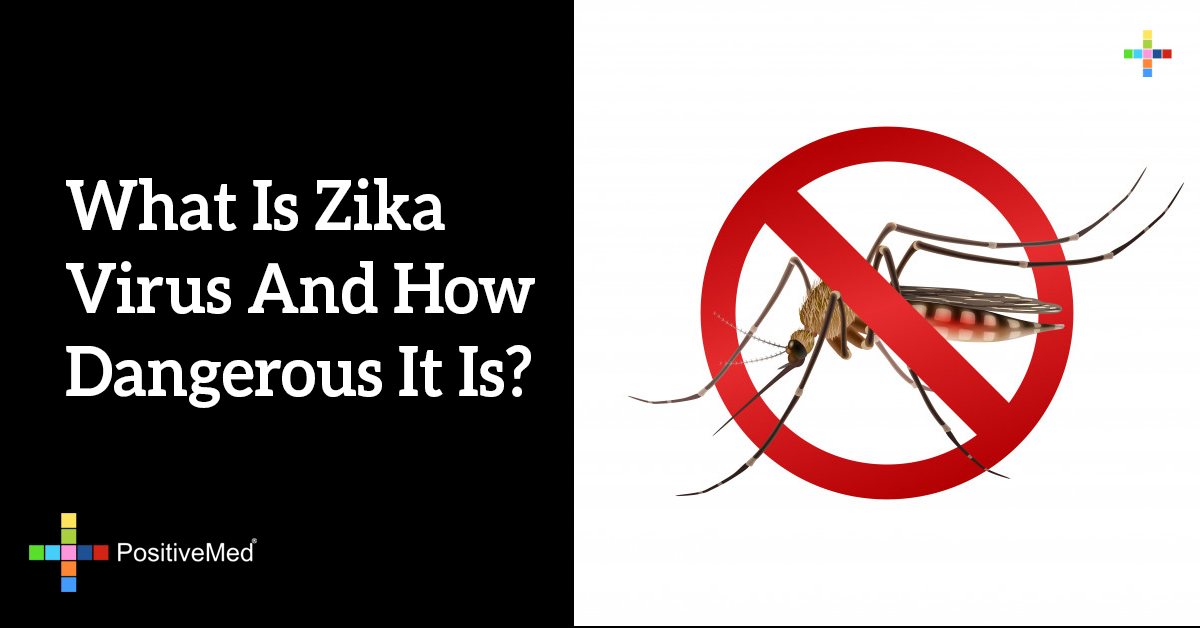 What Is Zika Virus And How Dangerous It Is?

With all the attention that Zika virus has been getting lately, many people find themselves wanting to know more about this illness that has spread rapidly through South and Central America. Already, cases have also been confirmed in the United States. The World Health Organization (WHO) projects that the disease will reach all of Central, South, and North America, with the exception of two countries (Canada and Chile). The mosquito responsible for transmission, the Aedes species, is not found in these countries. The disease can also be spread through a blood infusion if the blood given contains Zika.

In general, Zika virus has not been viewed as a serious disease until recently. The symptoms are similar to that of flu, including fever, rash, joint pain, and red eyes. Only 1 in 5 people exposed to the virus actually develop the disease, and generally they are well again within several days to a week. It may sound like a fairly mild disease. However, there is one population for whom the disease is exponentially more dangerous: pregnant women.

For pregnant women, Zika virus can result in severe birth defects in their babies, most commonly microcephaly. With this condition, a baby is born with a much smaller head than normal as the brain does not develop normally in the womb. It can be accompanied by other problems such as seizures, vision loss, and mental retardation.

In Brazil, where nearly 4000 cases of microcephaly have been reported, mother Mila Mendonça describes finding out her son would be born with the condition as “the worst day of my life.” The child, Gabriel, was also born with a deformed leg and other issues. “I had Zika, but like everyone else I didn’t give it any thought,” says Mila. Even if she had known then how serious it was, there is no cure or vaccine for Zika virus. She expresses hope that Gabriel can have a happy life despite his conditions.

RELATED ARTICLE: What You Need to Know About the MERS Virus

The spread of the disease to the United States is imminent, according to the Center for Disease Control (CDC). “We will see cases reported in the United States in larger numbers,” says Dr. Beth Bell of the CDC. She attributes this statement largely to travelers, and adds, “It’s quite unlikely we will see widespread transmission in the United States.” She and other authorities have warned that women who are pregnant or may be pregnant should postpone travel plans to the affected countries. Contracting the disease in the first trimester, when pregnancy may not be obvious, is especially perilous. This is when there is potential for more severe problems, as most of the baby’s development is yet to occur. Four countries in the Americas, Columbia, Ecuador, El Salvador, and Jamaica, have issued a recommendation that women try to avoid pregnancy during the outbreak.

Although there is no vaccine or cure for Zika virus, the disease can usually be avoided if mosquito bites are avoided. The best ways to do this are by wearing long sleeves and pants to limit exposed skin and using mosquito repellant. In addition to commercially available mosquito sprays, several essential oils are known to keep mosquitoes at bay. Citronella, lemongrass, and eucalyptus, among others, are helpful in repelling mosquitoes naturally.

While Zika can be a dangerous disease, there are some precautions that can be taken: delaying travel to infected countries for pregnant women and keeping mosquitoes away as much as possible. Researchers hope to learn more about the virus and how specifically it affects the unborn child. Until then, many are rethinking their vacation plans to Jamaica.