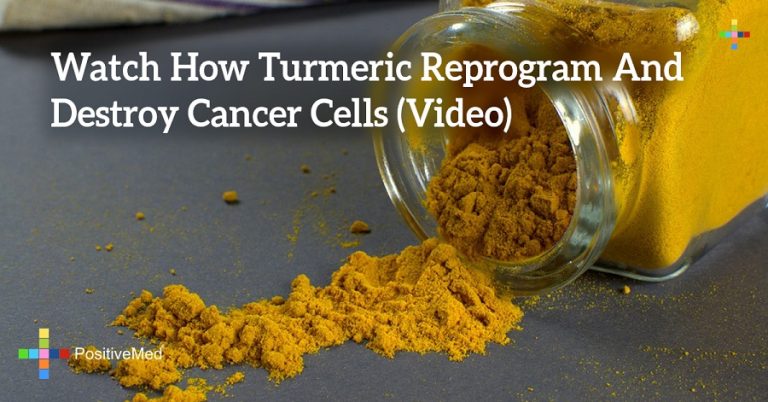 The 10 trillion cells in your body die and are replaced every 100 days. This means that approximately 100 billion cells die daily and new cells take their place; the term for this programmed cell death is apoptosis. When cells lose their programming and do not die, they continue to replicate and often become cancerous.

Research has shown that curcumin, which is the yellow pigment in turmeric, can reprogram the body’s cells and restart the normal process of apoptosis. Dr. Mercola reports that curcumin appears to be efficacious in treating most types of cancer without harming the surrounding tissue.

RELATED ARTICLE: What Happens to Your Body When You Eat A Teaspoon of ‪Turmeric‬ Every Day!

Memorial Sloan Kettering Cancer Center cautions that curcumin may inhibit the effectiveness of some cancer medications. However, they recognize that it may be effective against cancer and recommend that additional research be conducted.

Traditional cancer treatments involve poisoning an already-compromised immune system in order to kill the cancer cells. Any treatment that can effectively kill cancer while not harming the surrounding tissue is worth trying. Curcumin appears to be without side effects except for hives that have developed on rare occasions.