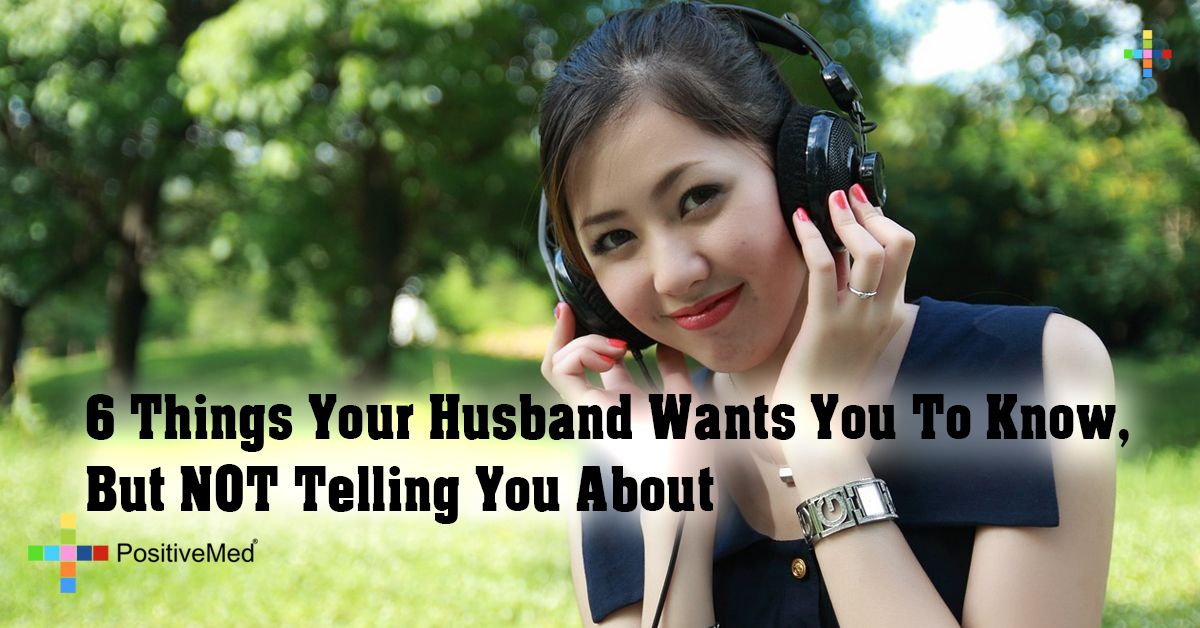 6 Things Your Husband Wants You To Know, But NOT Telling You About

When it comes to the way men and women think, it’s no surprise our brains are inherently different. Men not only internalize thoughts and emotions, their brain chemistry is completely different than the chemistry of the female brain. Studies show that men may actually use more gray matter in their brain during thought processes than women do.

So what does this all mean?

First, that women are better at language-based tasks while men are better at mathematical-style equations. It also means that men aren’t as keen as women to share every thought and feeling that pops into their heads.

Which means thousands of thoughts may be running through your husband’s brain every day that he’s not telling you.

1. Take charge in bed
For some reason, women are under the impression that the man wants to control everything that goes on in the bedroom. While women may feel anxious or scared to communicate their wants and needs in bed, men are equally scared. Though it may seem like the “manly” thing to let your husband take the reins after you turn out the lights, what he’s really thinking is, “I wish she’d tell me what she wants,” or, “I’d love my wife to take the lead.”

2. He appreciates all you do
Though he may not say thank you when you put the kids to bed for the third night in a row, you scrub the kitchen until it’s spotless or take the dog to the vet, he’s actually very appreciative of your sacrifices and efforts as a wife and mother. Not only do men avoid the need to vocalize every thought and emotion, they prefer gestures to show love instead. So the next time he offers that foot rub or to take your car to get your oil changed, he’s really saying, “I appreciate all you do.”

3. It turns him on that you’re the mother of his child
When women think of motherhood, they think of dirty diapers, late-night feedings, and constant questions. When men think about their children (and how you’re their mother), they think about all you’ve given him. They also think about everything you went through to create that little being.

RELATED ARTICLE: 7 Things to NEVER Say to Your Husband

4. He’s craving more “man cave” time
Just like you need a day away from his sports, friends and annoying (but adorable) quirks, your husband needs a little time to himself, too. He may be afraid to share these feelings with you, though. One reason men don’t speak up, is they’ve been misunderstood in the past, and they don’t want you to feel slighted or angry that they crave a little time with their friends (or even some alone time for that matter!). Giving your husband the gift of a little time away from the family might even respond in him offering to take the kids when you want a little time to yourself.

5. He may be silent, but it doesn’t mean he’s strong
There are many reasons why men don’t speak up. Sadly, our culture has led both men and women to believe that men stay quiet because they need to hide their feelings to appear strong. There could be several reasons why your husband doesn’t voice his opinion, tell you what he’s really thinking or express unhappiness. The ability to find a way of communicating that works best for the both of you is a noble act that will only strengthen your bond.

READ ALSO: How Niecy Nash Is Still Spicing Up Her Marriage: ‘Stolen Moments’ And ‘Naked Skype”

6. You never look too fat
Men love women’s bodies—it’s a fact. While women are trained to obsessively scrutinize their figures and shapes, including the size of their legs and roundness of their stomachs, most men don’t actually believe their wives are too heavy. In fact, most husbands love to look at their wives curves—cellulite and all.

While men and women think in very different ways, understanding why your husband chooses to stay silent is an important part in any marriage. Keep communication open by switching up the way you interact with each other. After all, knowledge is power!