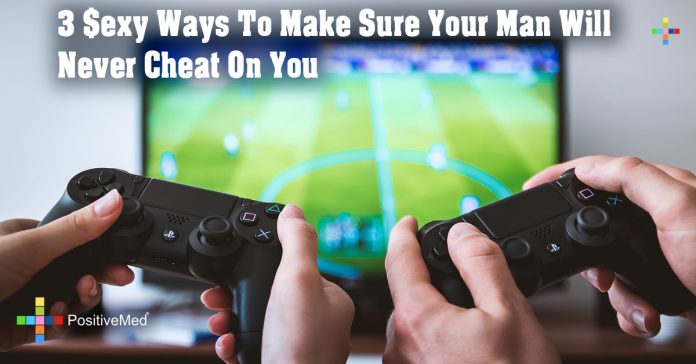 RELATED ARTICLE: If You Say THIS to Your Partner You’ll Be A Happy Couple GUARANTEED

Tip #1- Men need respect! Perhaps this seems pretty clear to most people. However, a lot of individuals grew up in a household where the mother was constantly degrading the father and making him feel and appear inadequate. It is more common than you can imagine. In fact, just about every modern TV show portrays an idiotic father and a know-it-all mother. This is the exact opposite of the way that a woman should be speaking to and treating a man.

Psychology Today reported information from a study performed by Emerson Eggerichs about a man’s need for respect. Here is an excerpt from his book titled Love and Respect, “In his original sample of 400 males, 74% said that if they were forced to choose, they would prefer feeling alone and unloved rather than feeling disrespected and inadequate.” It may seem impossible to imagine a life without love or people, but for men it is all or nothing. Eggerichs goes on to report that most marriages end in divorce, because the man was made to feel inadequate and their wives do not show them the respect they need. If a man feels respected and admired, he will feel safe and content in a relationship.

Tip #2- Give them some space! Now this certainly does not mean encourage them to go away and not contact them for weeks at a time. Of course that would be ridiculous and not at all conducive to an actual relationship. Every woman needs some time by themselves to relax; men need time to get away and recharge as well.

William July II wrote, “Most men simply just want some room to be by themselves. Men, just like women, need to feel that they aren’t trapped or being held hostage in their lives.” Here are some practical ways to give men some space:

Give them a kiss when they get home, but do not start bombarding them with a million questions, stories about your day, or things you need them to do.

Give them some space to relax when they get home. Let them change out of their work clothes without following them around every minute.

Let them have a guys night every month where they can hang out with their friends.

Do not nag them if they want to watch a few football games on the weekends or lounge around in their sweatpants all day Saturday. They need some down time just as much as women do. “The smart woman knows that a man needs his space and doesn’t hold it against him. She’s confident enough to know that each person needs his/her own space to maintain a healthy relationship” (July, 1998). Refuse to become a part of the “ball and chain” stereotype.

RELATED ARTICLE: Now I Know How To Transform My Relationship

Tip #3- Stop acting like his mother! This goes back to respecting your man a little bit, but do not nag your boyfriend/husband if you want him to be faithful. He’s a grown man, not an 8 year old boy. If he wanted to be mothered he would have continued living with his own mother. (Side note- If you are with a man who is still living with his mother, find a new man! Unless of course he is living with her to take care of her, in which case you found a winner.) Sara Hagmann writes about the negative effects of mothering your husband, “Constant reminders of those tasks, namely nagging, says that you don’t believe in your husband’s competence and you believe your needs are more important than his.” Start treating him like the man of the house and he will start acting like it!

Men need respect, they need some space, and they do not want to be nagged. If a woman can jump on board with all of these tidbits, then both the man and the woman in the relationship will be happy and content. You may not always get it right, but keep trying to put forth the effort for a happier marriage. It will most certainly pay off.