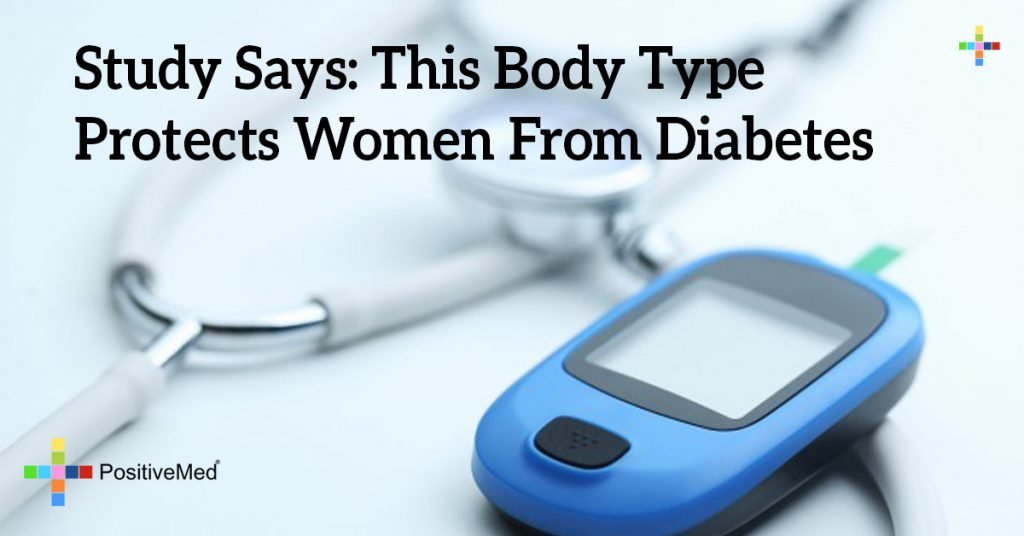 Diabetes is a dangerous condition that affects millions of people worldwide. Lately, a great deal of research has been done in order to discover ways of preventing and curing diabetes. One study claims that body shape affects a person’s chances of getting certain types of diabetes.

A pear shaped body is a body with larger hips and thighs and a smaller waist and bust. Though many women wish they had a traditional hourglass figure, having a pear shaped body can actually lessen your chances of getting diabetes. According to a study by Doctor Kerrin Small, a genomics research from King’s College, a genetic predisposition towards a pear shaped figure also significantly lessens the risk of type 2 diabetes.

Many women inherit a genetic variant of the KLF14 gene from their mothers that result in the fat tissue being stored primarily around the hips. Though most genes that affect risks of diabetes are genes that influence the pancreas, the KLF14 gene’s primary role is to change the way fat is stored and used by the body. The variant encodes a type of protein that makes excess fat accumulated on the hips and thighs instead of the stomach, but it does not affect a person’s overall body weight. In addition to changing how fat is stored, this gene makes people more sensitive to insulin, which prevents type 2 diabetes from developing.

RELATED ARTICLE: All you Need to Know If Your Loved One Suffers From Diabetes

Though both men and women can receive this variant gene from their mothers, the lessening of diabetes risk seems to primarily affect women. Men may receive some benefit from having the variant KLF14, but the gene lessens specific types of diabetes risks that primarily occur in women in the first place. Women who inherited the gene from their mothers are the most likely to not get diabetes.

Apple shaped bodies increase the chances for type 2 diabetes because the types of fat that are stored around the stomach are more metabolically active than fat stored around the hips. Fat on the stomach releases fatty acids into the bloodstream, which increases the risk of both heart disease and diabetes. Having an apple shaped body also decreases insulin sensitivity, therefore making the high blood sugar levels of diabetes more possible.

Though people cannot do anything to change their genetics, it is still extremely helpful to understand the role that genetics plays in diabetes. Having the genes that cause an apple shaped body can warn a person about their likelihood for diabetes years before blood tests might hint that there is an issue. This early warning for diabetes allows people to take preventative steps before any medical problems develop. People who have body types that are predisposed towards getting diabetes can focus on prevention by regularly exercising, maintaining a healthy weight, and eating well.

PrevPreviousIf You Have These 8 Thoughts, You’re In A Forced Relationship
NextThis Woman Used Potato Water And Solved One Of The Biggest Beauty ProblemsNext