PositiveMed The Positive Side of Medicine
Home health women's health How Your Eggs Might Change in Your 20s, 30s and 40s? 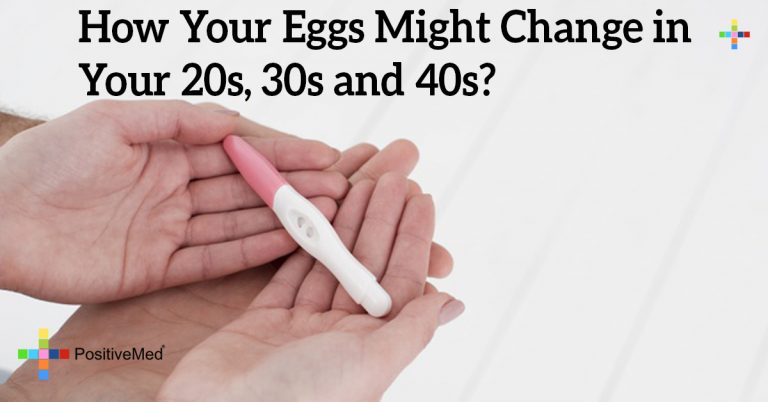 Both men and women have a biological clock that begins to tick once they enter their 20s. This can often limit their chances of becoming pregnant or remaining fertile with each year and decade that passes. For many people who are uneducated on how the eggs and sperm changes with age, it can be difficult to have a successful pregnancy or delivery. Females have approximately one to two million eggs when they are born, but this number gradually decreases until only a few hundred are left before reaching menopause. This can affect the chances of becoming pregnant at various ages.

Most people in their 20s are fertile, making it the most ideal time to reproduce with an average of 200,000 eggs available in the reserve for women, according to Eggfreezing.com. According to Sogc.org, more women are now becoming pregnant in their 30s than any other age group due to career goals that take first priority. This is also the time when a woman’s fertility declines and results in less eggs in the ovaries that are produced. Once entering your 30s, the chances of having a successful pregnancy and delivery drop by 15 percent, according to Myfuturebaby.com.

Women in their 40s may still have eggs, but the condition of the eggs is often poor. This can lead to tubal disease, fibroids, endometriosis, and chromosomal anomalies. Those in their early to mid 40s have a 10 percent chance of conceiving and a one percent chance by age 45, which is primarily due to an extremely low egg count.

Although women gradually lose their eggs with age, men continue to produced sperm and do not necessarily have an age limit to their fertility. Although there’s a small decline with how fertile they are as they age, they can still father children even in their 60s or 70s. However, their sperm does lose its quality and can decline in both volume and speed, which can lead to genetic problems for the child. Between the ages of 30 and 50, the volume of sperm that men produce declines by 30 percent and the speed declines by 37 percent. The sperm is also likely to be misshapen for older males, which can affect the genetic content of the sperm and lead to a number of abnormalities.

Despite your age, there are still ways to boost your fertility by incorporating specific foods into the diet. It’s important to avoid consuming foods that contain agricultural pesticides, which are often present on fruits and vegetables. According to Babycenter.com, you should curb your caffeine intake and limit your alcohol consumption. Increase your intake of fruits and vegetables to obtain antioxidants that will combat free radicals, which are prone to cause infertility. Consuming almonds can improve sperm health for men due to the vitamin E that it contains, while citrus food can also increase sperm count. For women, tofu and beans can increase ovulation and make it easier to conceive from the high content level of iron.