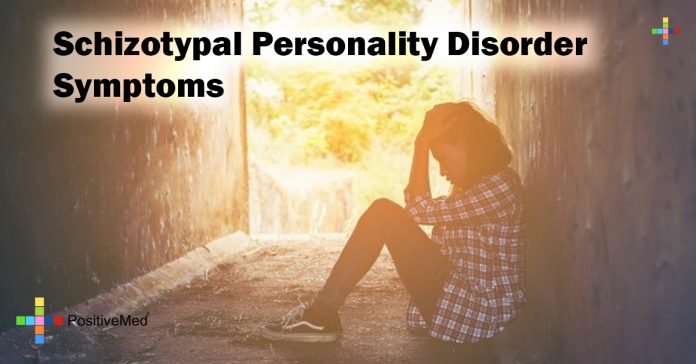 People with schizotypal personality disorder are often described as odd or eccentric and usually have few, if any, close relationships. They generally don’t understand how relationships form or the impact of their behavior on others. They may also misinterpret others’ motivations and behaviors and develop significant distrust of others.

What you should know about Antisocial Personality Disorder Schizotypal personality disorder is a personality disorder characterized by a need for social isolation, anxiety in social situations, odd behavior and thinking, and often unconventional beliefs. People with this disorder feel extreme discomfort with maintaining close relationships with people, and therefore they often do not. People who have this disorder may display peculiar manners of talking and dressing and often have difficulty in forming relationships. In some cases, they may react oddly in conversations, not respond or talk to themselves. They frequently misinterpret situations as being strange or having unusual meaning for them; paranormal and superstitious beliefs are not uncommon. People with this disorder seek medical attention for things such as anxiety, depression, or other symptoms.Schizotypal personality disorder occurs in less than 3% of the general population and is slightly more common in males.

People with schizotypal personality disorder have difficulty forming close relationships and have peculiar beliefs and behaviors.

Schizotypal personality disorder signs and symptoms can include:

Incorrect interpretation of events, including feeling that external events have personal meaning

Belief in special powers, such as telepathy

Perceptual alterations, in some cases bodily illusions, including phantom pains or other distortions in the sense of touch

Peculiar style of speech, such as loose or vague patterns of speaking or rambling oddly and endlessly during conversations

Suspicious or paranoid ideas, hypersensitivity, and constant doubts about the loyalty and fidelity of others

Signs of schizotypal personality disorder, such as increased interest in solitary activities or a high level of social anxiety, may be seen in the teen years. The child may be an underperformer in school or appear socially out of step with peers, and as a result often becomes the subject of bullying or teasing.

Despite the differences, schizotypal personality disorder can benefit from similar treatments as schizophrenia and is sometimes considered a variant of schizophrenia.