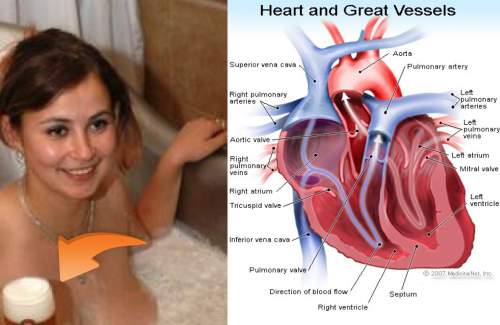 Ladies! This May Be The Only Alcoholic Beverage That Lowers Your Risk of Heart Attack!

Lifting a glass in celebration or popping the top of a tall cold beer on a hot day is something many women enjoy. Drinking alcohol can be tricky for women, however. A smaller amount of alcohol has more of an effect in women compared to men, and alcohol can cause harm to a developing fetus. But a new study from Sweden indicates that drinking a little beer might actually help prevent heart attacks in women. The key is moderation.

Beer is an alcoholic drink brewed from grains or other carbohydrates. Barley is the most commonly-used grain, although some beers are made from wheat. In addition, beers usually contain hops, brewer’s yeast, and water. Hops are used in the same way that spices are used in cooking – to provide a distinctive flavor and slightly bitter edge. Other flavorings may also be used as well. Water quality is vitally important to beer and many beers get their individual flavor from specific water sources. Beers show tremendous variation in color, flavor, and strength, from very pale ales to dark stouts and porters.

Researchers from the University of Gothenburg have followed 1,500 women for nearly 50 years, beginning in 1968. Using data from the study, scientists analyzed the relationships between different types of alcoholic beverages, the amount of intake and health issues like cancer, heart attacks, and stroke. Although the research indicates women who drank spirits of any kind more than once or twice a month had a nearly 50 percent higher risk of dying of cancer compared to those who never drank, it also found women who drank beer once or twice a week had a 30 percent lower risk of having a heart attack. The researchers were unable to confirm a similar effect for other types of alcohol such as wine.

Moderation is a keyword here. However, the definition of moderation may change depending on the source. In this study, the researchers defined moderate drinking as between once or twice a week and once or twice a month. The National Institute on Alcohol Abuse and Alcoholism define moderate drinking for women as one drink per day. Drinking excessive amounts of alcohol has been shown to increase the risk of cancer, heart disease, and alcoholic liver disease. Every woman has an individual tolerance for beer and other alcoholic beverages. Some women are at high risk of alcohol abuse or have a low tolerance for alcohol. For those who can imbibe, however, an occasional glass of beer may be a healthy habit to get into.