Here Are The Best Weight Loss Diets Based On Real Research 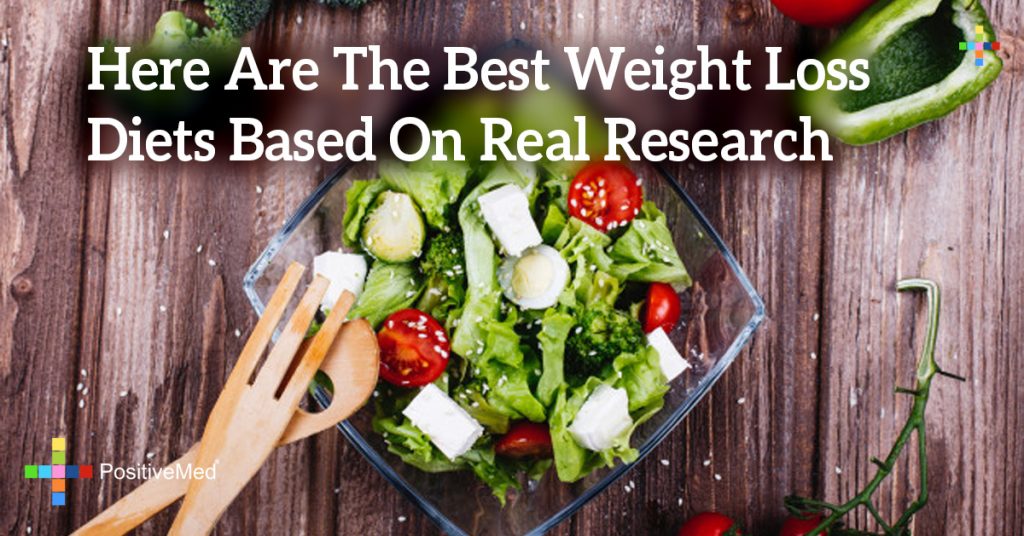 Here Are The Best Weight Loss Diets Based On Real Research

When it comes to diets, people aren’t losing weight because they’re too busy watching what they eat — literally watching. (That’s where the “see-food diet” joke comes from.) Fad diets emphasize weight loss but nobody loses weight on them because they overlook nutrient density and exercise. Here are the best weight loss diets to stick with that are based on actual scientific data.

Typically rated as the top diet for its meticulously orchestrated layout, it stands for Dietary Approaches to Stop Hypertension. DASH has grown from its excess sodium counter strategy to nutrient optimization, diabetes prevention and cognition and heart maintenance. DASH also asserts that the fats present in food are unfairly maligned as the reasons for generally poor health.

This excellent moderation-focused diet emphasizes a variety of food sources. Monounsaturated fats, or “good” fats — the kind sourced from avocados and olive oil, for example — play an important role. Produce, legumes, seeds, nuts, and even brown baked bread are to be consumed in fairly high quantities. Eggs can be eaten daily, and why not: they contain lutein, zeaxanthin, and protein, and are considered a complete food by many proponents since the “egg-whites-only” revelation was overturned. Wine can be consumed in low amounts.

RELATED ARTICLE: A New Study Suggests How To Lose Weight Fast And Keep It Off

It doesn’t rate as highly as some of the other diets, but the Paleo Diet, or Paleo, emphasizes food that existed centuries ago. Basically, if “cavemen” ate it, you should eat it. That means lots of vegetables and some fruits — natural sugars are a given with the latter — along with animal protein. Many body builders and competition fighters, MMA and otherwise, swear that animal protein is a more efficient energy source than vegetable protein. “Going Paleo” also means avoiding white processed sugar at all costs, but also dairy — except for eggs, eat as many as you want.

Many people swear by Weight Watchers, a points-driven model. It’s the only plan that openly suggests adding a multinutrient supplement. Points add up as you consume certain food quantities, but vegetables and fruits rate a zero, so they can be eaten in unlimited quantities. Weight Watchers promotes adequate calcium, fiber and potassium levels for their roles in bone density, blood pressure control, muscle building, and the function of blood transport, i.e. arteries, veins, capillaries.

Remember, it’s not always how much you eat, but what you eat. Vegetables should figure largely into any ongoing dietary regimen, and nuts and legumes pack lots of protein for energy. The major culprits — like excessive consumption of beers and sugary, carbohydrate rich sodas — should be avoided. Studies also point to regular coffee drinking — a readily available source of caffeine — as a cortisol trigger, which may be the reason some people can’t get rid of their belly fat. The best diets, listed above, combine healthful and intelligent eating based on natural foods which provide the body with the energy required to exercise. Seriously, if you don’t want to bother with exercise, then arm the torpedoes and go out with a bang.

PrevPreviousExercise Is not The Most Important Factor In Weight Loss. See What It Is…
NextSee How Coconut Oil Is Beneficial For Your ThyroidNext