PositiveMed The Positive Side of Medicine
Home Lifestyle Relationship With Their Marriage in Trouble This Couple Made an Unexpected Choice to Save It! 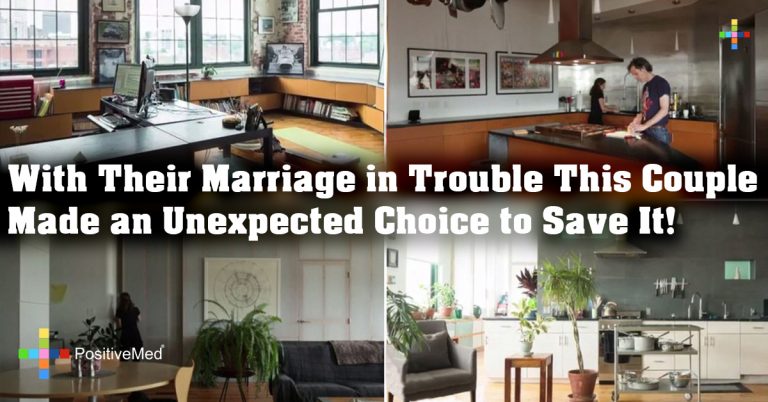 This Struggling Couple Heading for Divorce Buys Something Worth $600,000. Find Out Why!

Allison Paschke and John Danskin have been married since 1983. They have two grown children. After many years of marriage, they were starting to quarrel over small things like Danskin’s tendency to clutter the home. As with any marriage, the little things were building into a serious threat to the marriage and the couple’s happiness. Instead of heading for divorce court, the couple had a unique answer to their not-so-unique problem.

They lived in a home in Cranston, RI. In 2006, they decided to convert a loft space in Providence to suit their needs. The loft cost $600,000, and the renovations cost the same. They wouldn’t divorce and live apart, they would carve a life for themselves in this new space to suit their needs. They created two distinct, separate loft areas. Each area has a work space, living and sleeping space as well as a kitchen. The lofts are separated by doors and a hallway. While Allison likes a minimalist space, John likes a large open area. They decorated the space to suit their individual needs.

Instead of being forced to spend time together, they chose to spend time with their spouse. On many nights, the John will invite Allison over for dinner, and they’ll spend the night in his bedroom. He’s remarked that it’s exciting again. The relationship is fresh and new. It’s like when they were first dating. They’re like teenagers again without all the stress that comes from being a teenager.

While they know that their solution isn’t for everyone, they believe it’s saved their marriage. The small issues that can cause disagreements and arguments are gone. Danskin cleans when he wants to clean. He doesn’t feel resentful, and Paschke has her own space so she doesn’t have to live with Danskin’s clutter. The marriage was a struggle, but with the change in living arrangements, they’re both incredibly happy.