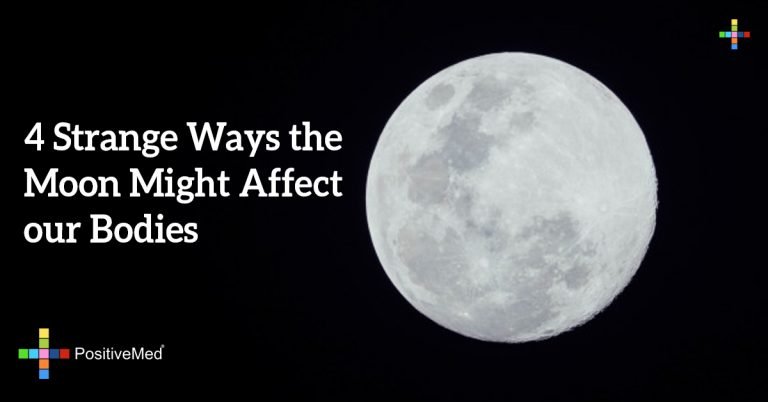 It is said that phases of the moon are associated with the human psyche. Many believe that the lunar cycle affects our emotions and mental states. People love supermoons for obvious reasons, but there is more than the sheer beauty of the full moon, or even a supermoon, that can make it fascinating. According to NASA, supermoons usually occur only once a year, but this year you can see it again on August 29th. There is a lot of research and studies done on how moon affects us.

Here are a few ways the full moon might affect your system:

• It messes up your sleep
Who likes bright lights when trying to fall asleep? This is the theory behind how the full moon disturbs our sleep, it was backed by a study published in the journal Current Biology, in which members were asked to spend three and one-half days in a sleep laboratory and kept away from outside light and clocks. They were free to fall asleep and wake up as they normally would. Then, Swiss researchers gathered sleep data from the 33 people and compared them with the phases of the moon. Results showed that during the four days before and after a full moon, members took 5 minutes longer to fall asleep, sleep was 30% less deep, and they slept 20 minutes less overall. Levels of the sleep-inducing hormone melatonin also lowered. After completing the first study researchers are planning to track 30 days of sleep next.

• It affects your menstrual cycle
There are more similarities between the moon and menstrual cycles than similar lengths of cycles (28 days) and lunar phase (of 29 days). In 2011 a study in the Journal Acta Obstetricia et Gynecologica Scandinavica tracked menstrual cycles of 826 women aged 16-25, they found that approximately 30% of women have their period around the time of the full moon. The next largest group of women menstruating during a certain phase of the moon was 12.5% of the participants.

• It may influence birth rates
This is an interesting and tricky aspect, only a super moon can affect birth rates, not a full moon. Japanese researchers tracked 1000 births in a private midwife hospital in Kyoto, Japan, where the mothers had not been induced. More births occurred when the moon was closest to the earth, the closer the moon to the earth the more births, when the gravitational pull was the strongest. On the other hand, a full moon did not have any effects on births as it has no strong gravitational pull.

• It may affect surgeries
This one may make you more secure about any emergency surgery that takes place around the full moon. Interestingly, researchers found that patients who went through emergency cardiac surgery during the full moon recovered sooner, hence had shorter stays in the hospital. They were also less likely to die than those who went through the same surgery during the two other phases of the moon. In 2013 a study in the journal Interactive Cardiovascular and Thoracic Surgery stated that patients who had surgery during the full moon stayed 10 days, which is 4 days shorter than the average stay of those who had surgery any other time. Unfortunately, you can’t decide the timing of an emergency surgery.

Other Related Articles: The Weird Way Your Birth Month Affects Your Mood