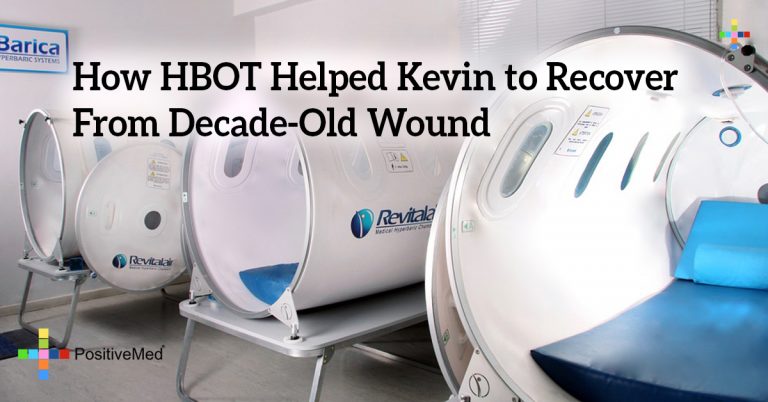 Kevin Campbell suffered from a wound for 13 years, which was not healing. In an accident a few decades ago, Kevin’s left foot was severed. Doctors reattached his foot successfully. Then, Kevin established a business of mobile and modular home repair and raised a family. Although Kevin faced some issues in the years like numbness because of severed nerves, his foot troubles mostly didn’t cause any interference with his life.

However, before 13 years, the skin where his foot was reattached, broke open. Kevin noticed a wound near the ankle of his left foot, on the inside. Kevin self-treated the wound and coped in the best possible way he could.

3 years ago, Kevin met Dr. Heidi E. Monaghan from Midland Podiatry Associates and sought her help. Kevin said, “I was to the point of having it amputated but Dr. Monaghan said she wouldn’t give up on me,”.

Although the accident trauma was responsible for causing the wound originally, it was diagnosed to be a diabetic ulcer. With treatment, the wound size decreased to half, but it didn’t heal entirely. Then, Dr. Monaghan sent Kevin to Wound Treatment Center and began his treatment there.

Non-healing or chronic wounds are wounds or sores that don’t heal after carrying out conventional treatment for 30 days. Non-healing wounds lower the quality of life of the patient, and if proper treatment is not given, they may result in amputations.

The treatments of Kevin included debridement, involving the removal of infected or damaged tissue. Specialty dressings were also applied, such as biological skin alternatives, which work similar to skin grafts. However, according to Kevin, Hyperbaric Oxygen Therapy (HBOT) was the most effective and unusual treatment.

Kevin underwent 40 treatments in total, in a hyperbaric chamber (the chamber inside which HBOT is given). The wound from which Kevin was suffering, has healed. However, Kevin needs to manage and monitor his health closely. After enduring suffering for so many years, he is amazed at the progress he experienced in a few numbers of months.

Hyperbaric Oxygen Therapy (HBOT) is a renowned treatment option for bends or decompression sickness, which is a scuba diving hazard. In addition, HBOT is a specialized method of treating non-healing, problematic wounds meeting certain criteria.

During an HBOT session, an individual breathes 100% pure oxygen within a hyperbaric chamber. The hyperbaric chamber provides oxygen to the individual at an enhanced atmospheric pressure. This increases oxygen concentration in the bloodstream of the individual, and the more oxygenated blood reaches the wound site to promote faster healing. HBOT reduces swelling, fights infection, generates new blood vessels, resulting in the generation of healthy tissue.

Kevin Campbell’s amazing recovery shows that HBOT has immense potential in treating non-healing wounds. Besides healing such wounds, HBOT is also an effective treatment for carbon monoxide treatment and gas gangrene. The therapy is used as an alternative treatment for Autism Spectrum Disorders (ASD). Although not approved by FDA for treating autism, many parents have reported that HBOT has been beneficial and effective in the treatment of their children with autism.