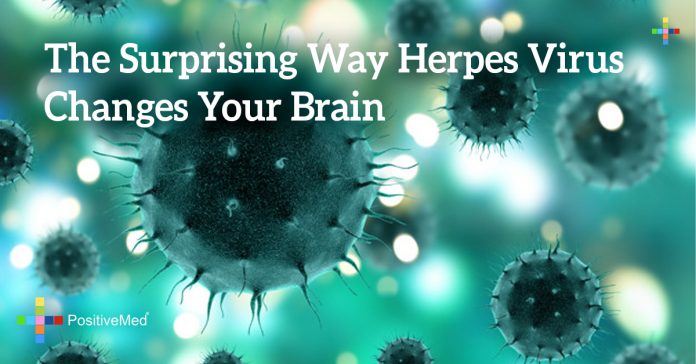 Although the Herpes virus isn’t nearly as severe as other diseases, such as AIDS, it does pose some health issues. Worse yet, this virus has been found to have negative effects on the brain, such as memory impairment and depression. Knowing the symptoms is the first step in coping with an STD.

1. Memory Impairment
According to a new study, those who have Herpes, including the herpes cold sore, are found to have lower levels of thinking and memory. Many of these people scored lower while taking standard mental tests. Some researchers even say that the Herpes virus may lead to early dementia. Others sources claim that the connection is more prominent in women and older people. In other words, a younger person who has this virus may not notice the effects until much later in life.

2. Seizures
In the most severe cases, herpes can cause a person to have seizures. This is mainly due to the fact that the herpes virus attacks certain cells in the brain. Unfortunately, some of this damage can lead to serious brain malfunction, also known as a seizure. In rare cases, a person can become unconscious.

3. Personality Changes
This is an expected symptom from a virus like Herpes, considering that it affects the brain. Changes in personality include depression, fatigue and an overall lack of motivation. Fortunately, Herpes won’t causes a person’s personality to completely change. If anything, it’s more of a personality suppressant, which is an awful thing to deal with anyway.

4. Stress
The brain naturally releases chemicals that combat negative emotions, such as stress. The Herpes virus attacks these regions of the brain, making it significantly harder for a person to cope with stress. These specific areas of the brain are also responsible for producing melatonin, the compound that aids sleep. As a result, trouble sleeping may become another reality for the unfortunate person who has Herpes.

5. Depression
The brain also creates its own natural anti depressants. Unfortunately, a Herpes virus can damage this area of the brain as well, leading to severe depression. For the most part, these effects are quite subtle.

As one can see, the Herpes virus is no joke. This is why it’s so important to seek medical treatment right away if one thinks they might have caught an STD. It’s important to note that there are many different forms of the Herpes virus, so each symptom and medical treatment will be different depending on what the person has. No matter how subtle the symptoms may seem, it’s always best to be checked by a doctor.