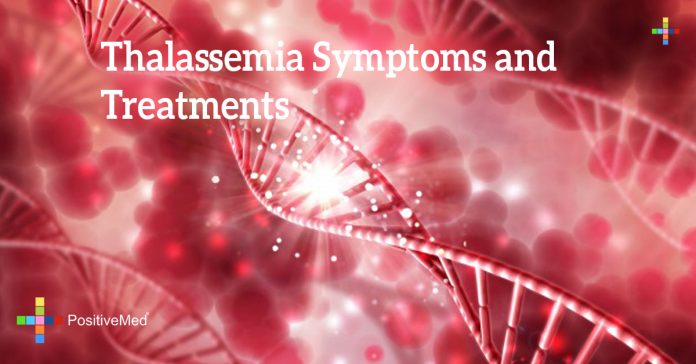 • Blood disorder inherited, characterized by the body making an abnormal form of hemoglobin, the protein in red blood cells that carries oxygen. The disorder results in excessive destruction of red blood cells, which leads to anemia

• 2 groups exist and they are classified according to the globin that is affected: alpha thalassemia and beta thalassemia.

– -Classified into two types depending on the severity of symptoms: thalassemia major (also known as Cooley’s anemia) and the more severe one, and thalassemia minor.
– -Pacients receive regular blood transfusions, usually on a monthly basis. This helps prevent severe anemia and allows for more normal growth and development.
– Affected individuals also have a shortage of red blood cells (anemia), which can cause pale skin, weakness, fatigue, and more serious complications.
– People with beta thalassemia are at an increased risk of developing abnormal blood clots.

– Some children with alpha thalassemia have no symptoms and may require no treatment. Others with more severe cases need regular blood transfusions to treat anemia and other symptoms.
-A child can only get alpha thalassemia by inheriting it from his or her parents. Genes are “building blocks” that play an important role in determining physical traits and many other things about us.

-For thalassemia major often involves regular blood transfusions
-Folate supplements.
-Iron supplements. Doing so can cause a high amount of iron to build up in the body, which can be harmful.
-Persons who receive significant numbers of blood transfusions need a treatment called chelation therapy to remove excess iron from the body
-A bone marrow transplant may help treat the disease in some patients, especially children.