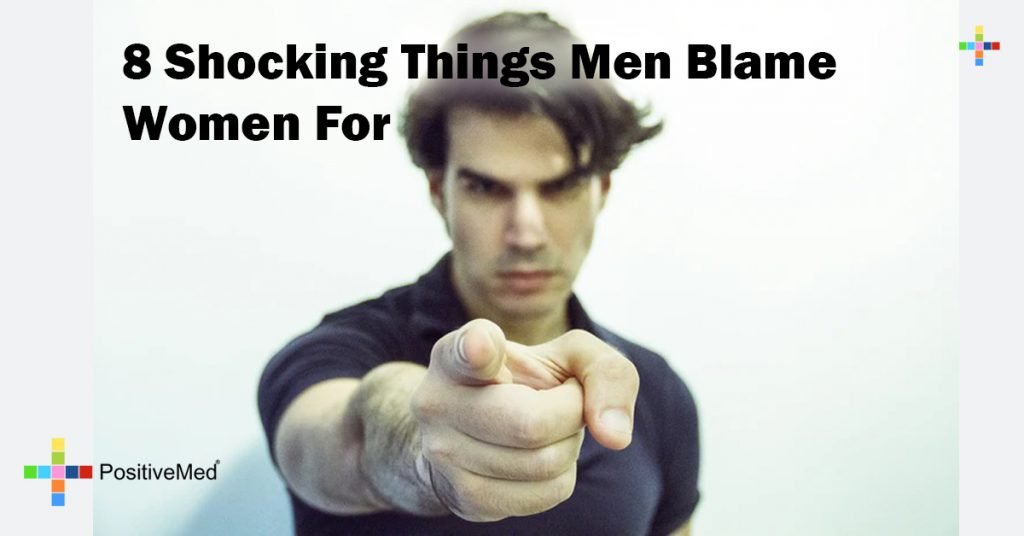 Men are from Mars; women are from Venus. It’s a phrase that’s been passed down through time to explain the differences between the genders. But were you aware that your boyfriend might be blaming you for the oddest things? Here are just eight of them.

According to the Kinsey Institute, 89-91 percent of people have lost their virginity by the age of 24. But if you’ve ever been adventurous in bed, your lover will inevitably ask, “Where’d you learn that?” or “How do you know how to do that?”

Psychological mirroring is the act of taking on the traits, attitudes, speech patterns and even appearance of those closest to you. This explains why your boyfriend is so suspicious of you when it’s your friend who’s the serial cheater.

While PMS is a fairly common thing, it isn’t nearly as severe as men think it is. In fact, according to experts, the worse sufferers usually have a family history of depression or mood disorders.

Education is a tricky thing when you’re a female in the dating world. Too little and you’re considered shallow; too much and you become intimidating. This is also a common complaint among career women.

While the King of Queens guy can be fat and still married to a beautiful, slim woman, the situation rarely works in reverse. Men want their wives and girlfriends to be attractive even if they aren’t, which is why they start dropping hints about the gym even if they aren’t weight lifters themselves.

According to the Substance Abuse and Mental Health Services Administration (SAMHSA), men are twice as likely as women to experiment with drugs and alcohol. If you ever messed around in college, however, you might find your past brought up in a lot of arguments.

It’s been proven by the Archives of $e*[email protected] Behavior that most men prefer medium- to large-sized breasts. If you weren’t born with such endowments, your breast size may be something he thinks about when ruminating on your flaws.

Most men like their women to wear makeup, but be careful about applying too much or too little if you want to avoid their judgement. The former will invite comparisons to hot workers; the latter will prompt them to say things like, “Don’t you want to look nice when we go out?”

These are just eight things that men tend to blame on women. Rational or not, they’re something to think about the next time you’re at a bar.