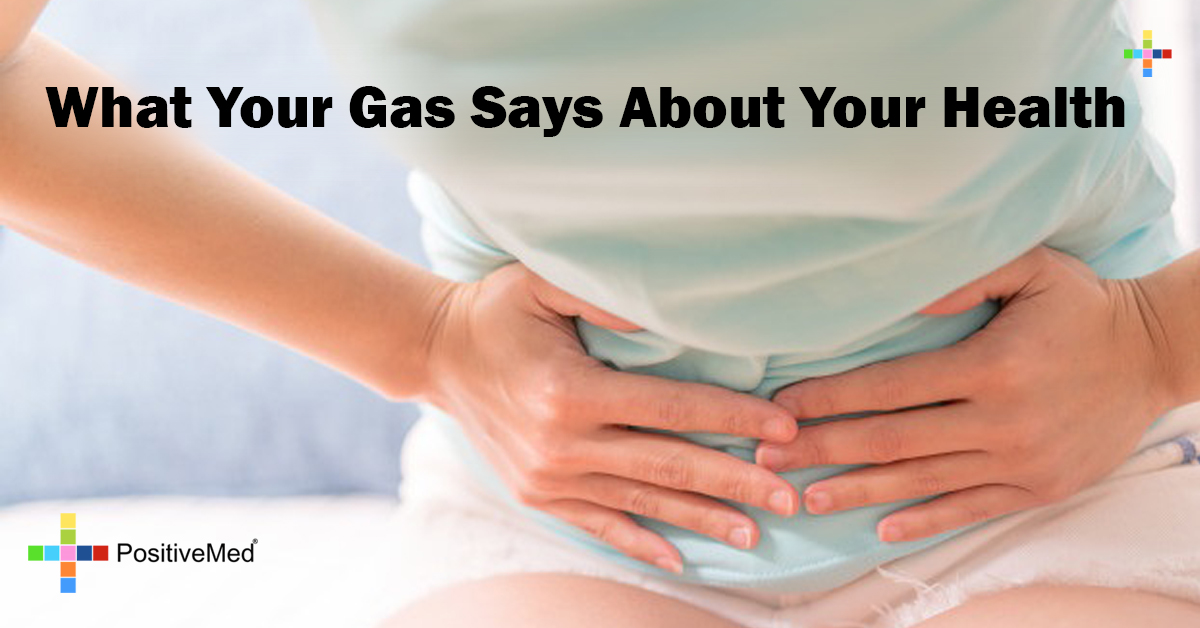 What Your Gas Says About Your Health

What Your Gas Is Trying to Tell You About Your Health

Even though it’s regarded with much embarrassment and revulsion, passing gas is something everyone does. It’s a natural by-product of digestion, and is actually not your fault. As normal bacteria in the intestines break down food, they produce gases as a result of their metabolic processes. Your own flatulence is essentially the bacteria’s flatulence. Most of the time, gas is innocuous and normal, and can even indicate a healthy digestive system. However, in some cases, it can actually signal a problem. Here’s what your gas says about your health.

If you regularly experience particularly smelly gas, coupled with abdominal discomfort and loose stools, it could mean you lack the enzymes necessary to break down certain foods. For instance, you’re lactose intolerant if you don’t have enough of the enzyme lactase to properly digest lactose, a sugar found in milk. As a result, the offending food lingers in the digestive tract where it is fed on by bacteria, triggering gas, pain and intestinal distress. Similar situations can occur with other foods like wheat, casein and beans.

Instead of lacking something, other people can have too much. It’s not normal for the small intestine to contain large bacterial populations, and it often contains very different kinds of bacteria. However, a some people can end up with enormous populations of normally colon-dwelling bacteria in their small intestine. The bacteria go out of control, breaking down more food than normal and reproducing wildly. The outcome is bloating, upper abdominal fullness and very frequent flatulence, which often has a fruity yet rotten aroma. Although the condition is said to be rare, some experts believe it’s far more common, but under-diagnosed due to lack of awareness.

The smell of your gas can be the first clue that you’re suffering from an ulcer, and that it’s bleeding. When an ulcer starts bleeding, it can result in abdominal pain and foul-smelling flatulence. In many cases, this is accompanied by equally foul-smelling bowel movements that are black and tarry or coffee ground-like in appearance. Because bleeding ulcers present a serious health risk, it’s important to take these signs seriously and see a doctor.

A poor diet is not a health problem in and of itself, but it can certainly promote it. One of the biggest signs that you need to change your diet is if you experience chronic bloating and gas that smells excessively bad. This may also come with frequent bouts of constipation or small, thin, incomplete stools. Unhealthy diets are typically high in refined carbohydrates, which provides an ideal food for gut bacteria. The refined carbohydrates are easily broken down into sugar, their favorite treat, and they produce gas as a by-product. High intake of refined carbs can also cause intestinal inflammation, which exacerbates the bloating and gas and causes constipation and low-quality stools.

The next time you pass gas, don’t be so hasty to flee the scene. It might seem gross, but catching a whiff of your end product can be a big clue about the state of your health.