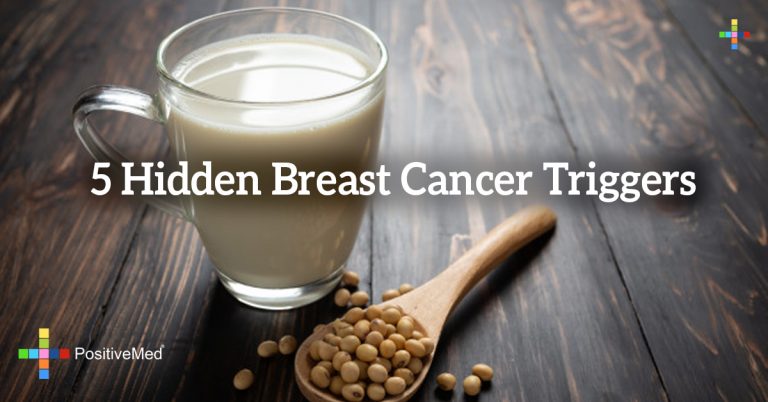 Breast cancer is the number one cause of cancer-related deaths among women. Indeed, by the time they’re 50 years old, one in 41 women will be diagnosed with breast cancer. This ratio only increases with age to one in 28 by age 60, and one in 16 by age 80. While researchers still don’t fully understand the cancer and all of its potential causes, they have identified numerous substances that can act as triggers. What’s more, several of these trigger are used or found widely in the average diet and lifestyle, but most women are unaware that they’re a threat.

If you love milk or cheese, you’ll be disappointed to know that dairy products may be among the biggest little-known triggers for breast cancer. Nations with the highest incidence of breast cancer, like the UK, Canada, the US and Northern Europe, are also the world’s biggest dairy consumers. In one study, regular whole milk consumptions was linked with increased risks of not only breast cancer but also lung, cervical and bladder cancers. In addition, a Norwegian study discovered that in women who drank three or more servings of milk per day, there was a three times higher breast cancer risk. Yet another study, this time from Japan, found that dairy, as well as margarine, accelerated the growth breast cancer tumors in rats. Researchers suspect that the hormones and growth factors naturally present in dairy products, like bovine growth hormone, estrogen and IGF-1, act like fertilizers for breast cancer.

Most people view soy and flax as nutritious and health-giving foods. Unfortunately, while they do provide protein and omega-3 respectively, they can also promote breast and other reproductive cancers. Soy and flax are extremely high in phytoestrogens, which mimic natural estrogen once inside the body. This hormone has strong effects on breast tissue, triggering abnormally rapid cell division and potentially fueling the growth of estrogen-dependent tumors.

We’ve all heard that sugar can feed cancer, but this appears particularly true of breast cancer. Researchers believe that along with the cancer-promoting properties of higher insulin and blood glucose levels, high sugar consumption also increases the density of breast tissue. Women with dense breasts are at the highest risk for developing breast cancer.

Aluminum is found in more than just your roll of foil. It’s also an ingredient in antiperspirant deodorants. Studies have found that breast cancers most often start in the area of the breast nearest the armpit, where deodorants are applied. It is believed that the aluminum absorbs into the body through the skin, where it damages DNA and disrupts the proper function of estrogen. Indeed,an Italian study went so far as to analyze nipple fluid from women with and without breast cancer. In the women with cancer, researchers detected two times as much aluminum in their nipple fluid compared to the women without cancer.

Pesticides are designed to kill things, so it’s little wonder they cause health problems in humans. Many conventional pesticides are both and carcinogenic and strongly estrogenic. This creates a perfect storm for breast cancer development. The best way to reduce exposure is to choose organic produce whenever possible, and wash all of your fruits and vegetable thoroughly.