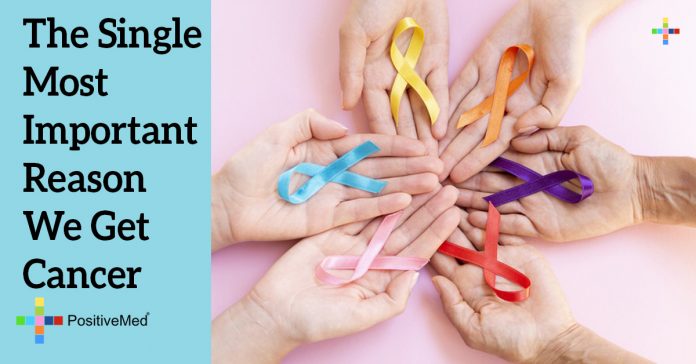 The Most Important Reason We Get Cancer: How Getting Cancer is Often a Matter of Luck

Although the risk of developing cancer has long been thought to be related to heredity and poor personal habits and surviving it has been consistently tied to the quality and availability of cancer treatment, a new study indicates that both avoiding and overcoming a malignant condition may largely come down to luck. However, men and women should continue doing the things that are known to be important in the fight against cancer.

Conducted by a research team at Johns Hopkins University, the study indicated that certain types of cancer develop in humans in a totally random manner. Interested in determining why the disease is more prevalent in certain areas of the body, such as the pancreas and intestine, the team carefully reviewed cases of cancer affecting 31 different parts of the body. This review showed that two out of three cases of cancer in adults have more to do with the cells within the body than anything on the outside.

The development of cancer, which involves the abnormal division of human cells, was found to be closely related to the way cells naturally divide. Organs in which cell division occurs more often were more likely to develop cancer. This was even the case in related organs. Cell division is more common in the colon than in the small intestine. Accordingly, cancer occurs more often in the colon than in the small intestine. Despite the manner in which the cells divide, the risk of developing a malignant condition was found to be essentially a random thing in more than half of the various types of cancer that were studied. However, humans may still be able to protect themselves from nine other types of the disease, including lung cancer and melanoma.

A separate study conducted by a researcher at Yale University indicated that some types of cancer that appear to develop randomly can be prevented or at least made less dangerous through human action. This study shows the importance of maintaining a healthy lifestyle, including the avoidance of smoking. Equally important is the rejection of certain cancer myths, including the belief that the absence of cancer in a family will guarantee that every relative is immune from developing the disease. Another myth is that cancer is not survivable. Considering the many forms of cancer treatment available today, early detection remains the key to overcoming the disease. This is why men and women alike need to undergo health screenings on a regular basis.