If Your Partner Keeps Gaslighting You, Here’s What You Can Do 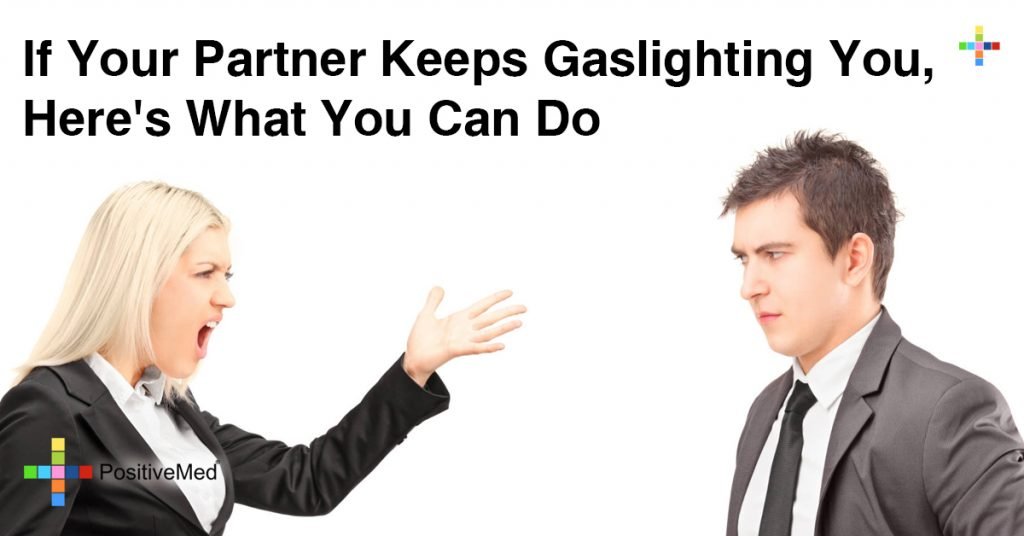 If you have ever been involved with a gaslighter, then you are well-aware of just how awful it can be. A gaslighter has no problem manipulating and deceiving their way out of any incident, all the while making you doubt your own reality. Gaslighting can happen to men and women of all ages, and it is a form of emotional abuse that can cause a person serious damage.

You may wonder exactly what the term “gaslighter” means. A person who gaslights another manipulates them into believing they are crazy in some way. The term became popular from a 1944 film known as Gaslight in which a husband begins to trick his new lover into believing she is seeing and hearing things. Gaslighters are manipulators who will lie and deceive you in order to gain power. They want you to believe that things are all in your head or that you are just sensitive.

Stephanie Sarkis is the author of a book about gaslighters. She insists, as do others, that this is a true form of emotional abuse. Is it that serious? Yes, it is. If a person gaslights you, they are trying to make you feel as though you are unstable or crazy. They are attempting to make you doubt your own thoughts and feelings. However, a gaslighter can be subtle at times, so it is important to be able to recognize the signs of one.

A gaslighter is a wounded person, according to Dori Gater, a psychotherapist in Connecticut. They must feel as though they are always right. If they don’t, they feel threatened. This makes them very challenging to deal with. You can’t argue with a person who gaslights you because defensive behavior is another strong quality they have.

How will a person respond to you during an argument or fight if they are a gaslighter? They will convince you that you are acting crazy or are hysterical. The more that you try to defend your words and actions, the more they will throw frustrating statements at you. You’ll begin to feel off-balance and confused from their words, making it seem as if you are, in fact, the problem. You’ll start to feel as though maybe you are overreacting and are being crazy.

So, what can be done? Tell whoever is doing the gaslighting that while you understand what they are saying, it isn’t the experience you are having. You can also try asking them to talk out the problem because you are seeing things much differently. It is important to never second-guess yourself when your gut feeling is telling you what is right and wrong. You may also want to keep written notes if this happens frequently.

Please keep in mind that gaslighting IS a form of abuse. If the gaslighter in your life has made no steps to change, then you should probably get out while you can. An emotionally abusive relationship is in no means healthy. After you have broken up, ignore all forms of communication from the gaslighter in your life. You can also check out the National Domestic Violence Hotline for more information on signs of abuse, both physically and mentally.

We hope you can take this information and make an informed decision when it comes to the people in your life. Don’t let yourself be manipulated any longer

PrevPreviousSleep Training for Your Kids: Why and How It Works
NextHere’s Even More Evidence That Plant Protein Is Better For You Than Animal ProteinNext