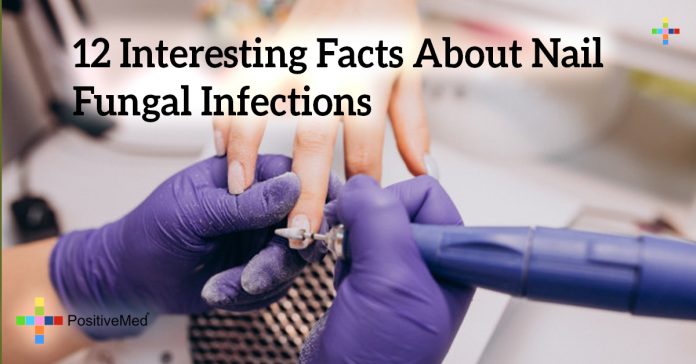 Nail fungus is a problem that affects millions of people of all ages. It can be both embarrassing and uncomfortable. A nail fungal infection is also known as onychomycosis. It is a fungal imbalance that affects the fingernails and toenails. The most common symptom is a thickening and discoloration of the nail to yellow, green, and even black. As the problem progresses, the nail bed can become uncomfortable, brittle, and even begin breaking off.

How Common is Nail Fungus?

Nail fungus is surprisingly common and occurs more frequently with age. According to recent statistics, at least 5% of people suffer from nail fungus infections. Although less visible, toenail fungal infections are more prevalent than a fingernail.

Toenail fungus isn’t an isolated problem, it can reveal a lot about a person health. A nail infection may suggest that the nails are receiving poor circulation or that the immune system is affected. Nail infections are often a symptom of a large problem.

Let’s learn some more about nail fungal infections before looking at some of the best nail fungus treatment options.

Now that we have read all about nail fungus infections it is time to look at some of the best treatments for nail fungus infections. The standard solutions include oral and topical agents, removing the infected nail, and laser therapy. Naturopathic therapies, however, are less toxic, less harsh, and more readily available. Sunlight therapy, essential oils such as tea tree or oregano oil and hydrogen peroxide are all common, natural remedies for fungal infections.

Other simple tips for fighting nail fungus include:

By staying informed and cautious, you can greatly increase your chances of avoiding an unsightly and uncomfortable nail fungus infection.

“I’ve had toenail fungus for at least 20 years, one thing that worked for me was using an emery board on the surface of the nail and then applying tea tree oil daily, it slowly grew out and went away, for a while. Once I stopped putting tea tree oil on it, back it came. Topical treatments work if it’s an acute infection, but if it’s systemic like mine, you have to get rid of it internally.”
As you can see, just tea tree oil alone was not the best nail fungus treatment.  Another user said:

“Most cases of toenail fungus these days is caused by Candida (due to a diet high in sugar) and for that only Cinnamon, particularly low Coumarin Ceylon Cinnamon (won’t damage your liver unlike Cassia Cinnamon) is best. Use Ceylon Cinnamon Leaf oil (with 75% Eugenol) for topical treatment and Ceylon cinnamon Tea infused with Cinnamon Bark Oil for internal treatment. Cinnamon is effective against Candida, especially antibiotic resistant Candida.

Cinnamon modulates your blood sugar levels depriving the Candida of a food source and also kills all the bad bacteria in your stomach that causes the toenail fungus including Candida. If you have a really bad case you need to apply Ceylon Cinnamon Leaf Oil and drink cinnamon tea until a new toenail grows, which means about 9 months. For mild cases, it works within 2-4 weeks. However, you must constantly file and clean your toenail (every 3 days) so the oil can penetrate the nail bed.

Dilute Ceylon Cinnamon Oil to 1% with 99% water and spray on your toenail twice a day. It is much more powerful than Tea tree oil because of the Eugenol content. Soak your feet with the oil twice a week for 20 minutes or so. Drink a cup of Ceylon Cinnamon tea in the mornings. Avoid sugar and things that contain sugar like processed food, alcohol, pasta, ketchup, yogurt, and all dairy products.”
And another user said:

“If you are following all the footsy hygiene rules and you still have thick, yellowed, shaggy toenails, try painting them with tea tree oil twice a day. Expect results in MONTHS, not days or weeks. It requires persistence because your toenails must grow out before you can observe a difference.”

So, as you can see it is tricky to see what the “best” home remedy for nail fungus is.

There are a variety of health supplements on the market. A healthy supplement designed for nail fungus may be the best treatment available.  However, in reality, the best remedy for nail fungus truly is the one that works well for you!

Works as a nurse and as well as a writer for an organic supplement company on her free time. And on top of that, a full-time mom to two young girls when she’s at home. She might consider herself a supermom- juggles work, mom duties, and writing. At present, she resides at a thriving metropolis and is very close to the hospital where she works. She has been writing articles for a long time now, locally, as well as, abroad.