10 Shocking Hygiene Practices From The Past 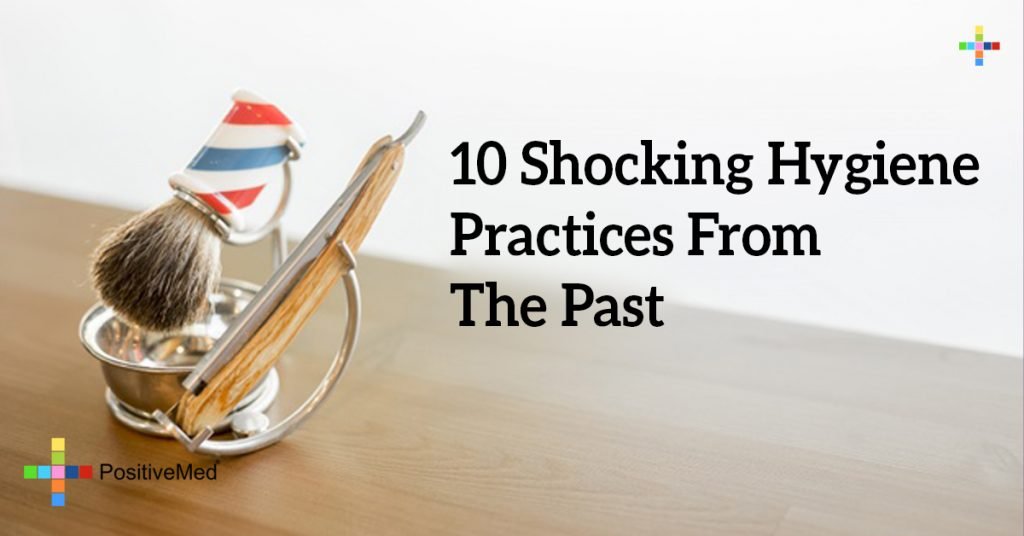 10 Shocking Hygiene Practices From The Past

We have come very far from being the unwashed masses. Be thankful, friends, it was rough going back in the day. Do you go out and start your day without brushing your teeth, showering, or getting dressed? Of course not! In today’s society we don’t even think of going out without basic personal hygiene practices.

Our ancestors had a different life with hygiene practices which may now seem gross or ridiculous to you. They did not have electricity, technology, or the medical services we enjoy today. How would feel if about using chamber pots kept under your bed for urinating and defecation?

Here are some examples that may shock you:

To treat toothache you pulled the tooth

Already feeling the pain? People are often scared to see the dentist, even when we are blessed with so many facilities, imagine if they pulled your tooth completely! Dentists did not exist and people had to approach a barber or do it at home themselves. The local barber would cut hair, pull teeth, and perform minor surgery. If non-invasive treatment didn’t fix it, you had to lose the tooth.

Someone was paid to clean the king’s bum

Still hate your job? Feel lucky that you entered the world in this era. Earlier the person who was appointed to clean the king’s bum had to follow the king around with his portable toilet tools and pots, assist the king with his personal grooming, and clean up after he was done toileting. This was one of the most respected and trusted positions and the king often sought advice from his groomsman.

There was no product like toilet paper, leaves were used by poor people while lamb’s wool worked for those who were well off.

During the 13th century public baths gained popularity, there was a scarcity of firewood which was used to heat the water therefore it was too expensive for many to bathe. Families or groups shared the same water to bathe or they remained dirty.

King James VI of Scotland rarely changed clothes and would wear the same thing for months. He also believed bathing was unhealthy so he didn’t bathe. Usually people had 4 outfits for each season, even princesses. Poor people may have had only one or two outfits, one for ‘best.’

Leeches were used to treat illness

The only cure for sickness or ailments was to let the blood out using leeches. People believed that blood does not circulate and becomes stagnant. Alternatively knives were used for bloodletting. People often died from this practice.

Related Link: How To Eliminate Head Lice With This Simple, Safe & Natural Remedy

Head lice were common and hard to treat so many simply shaved their heads and wore wigs. Those long white wigs you see in portraits were often covered with lice and nits, and smelled bad. Still find them beautiful?

Sanitary napkins were made of napkins around moss

There were no options of pads with wings, tampons, or even belts for menstruation, women had to make do with what was available. They often used rags wrapped around naturally absorbent moss.

Can you imagine washing your face using your own urine? Women used to care for their skin using urine. They believed urine had antiseptic properties, even today some scientists recommend using urine to cure acne.

Mouse skin was used on eyebrows

Much like women of today, our predecessors took great care of their appearance. They used mouse skin and hair to shape their eyebrows.