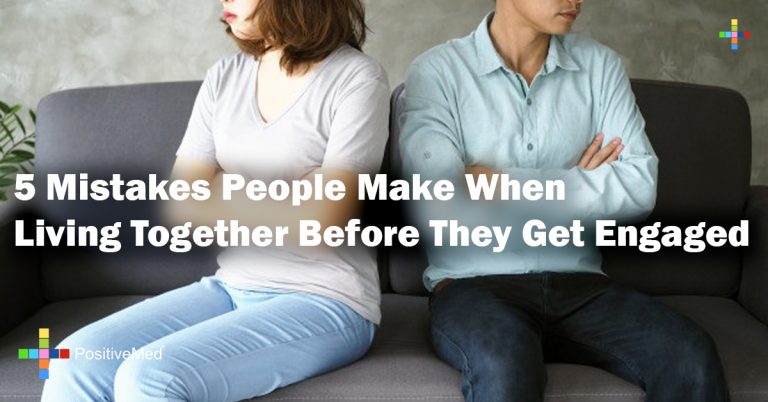 Marriage is defined as an established union that forms a legally, religiously, and socially recognized bond. Shacking up, on the other hand, is a less formal arrangement that entails some of the physical and financial benefits of a marriage, but without the legally binding stuff accompanying one. In other words, although living in sin in the eyes of overbearing parents and organized religion, partners are generally free to walk away at any time.

Studies indicate that more and more people are choosing to forgo tying the knot early in lieu of keeping options open. In fact, in the past half century cohabitation between unmarried couples has risen by almost 1,500 percent. Even so, there are still several pitfalls to watch out for if the choice is made to live together before becoming engaged.

Here are five that come to mind:

• Money Mistakes – Power couples are working class adults who both have careers. When living together before being engaged, often couples have separate accounts and spend as though there were still single. Without a combined financial vision such as retirement, or saving for children, it is sometimes easy to lose sight of the big picture and even cross over into financial problems if one of the partners is a lavish spender.

• Unwarranted Pressure – The logical next step after making the jump into living together is becoming engaged and then marriage. Often these pressures build over time and questions start rolling in from friends and family on a constant basis.

• Lack of Spontaneity – Living together means experiencing the daily grind together. Moving in before becoming engaged can sometimes eliminate the space needed to be adventurous and ultimately leave things feeling like a dull marriage even before you are ready to propose.

• Chore Expectations – Often when couples move in together it is the first time they have done so since either living with their parents or being single. Past experiences can have a huge impact on what each person expects from the other when it comes to chores. Neglecting to discuss those expectations before living together can be a huge mistake.

• Too Much Information – Often it is a good thing to take a car for a test ride before buying it. The same can be said about a relationship. As with a car, however, too much initial examination will leave room for the brain to start making justifications and rationalizations on why something may or may not work. It’s great to learn about a partner, but learning too much too soon can sometimes be a bad thing.

Living together can be wonderful even if you choose to do it before becoming engaged. Be mindful, however, that there are several common mistakes people make when living together before engagement.