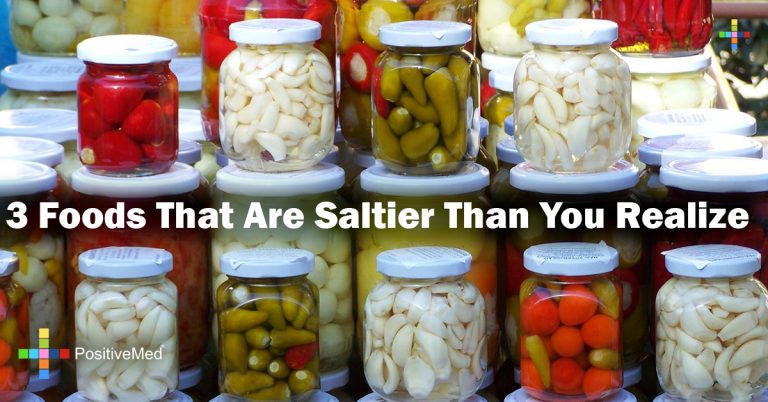 3 Foods That Are Saltier Than You Realize

Recent research suggests that high sodium intake may contribute to as many as 2.3 million deaths annually due to heart disease. The recommended daily allowance for sodium is 2,300mg, around one teaspoon. Yet Americans consume about 3,400mg on average each day. In many cases, people don’t realize they’re consuming this extra salt because it’s hidden in some unlikely places.

It’s pretty obvious that sauces and marinades contain salt, but the amount may surprise you. Just one serving of barbecue sauce or salad dressing can contain upwards of 300mg, and most people use at least two servings on their meals. Marinades are worse yet, with one tablespoon providing you with roughly 20 percent of your daily value of sodium. If you want better control over sodium levels of these foods, consider making your own at home.

Most cereals taste sweet, so who would have thought they’d be so loaded with salt? Per serving, the average breakfast cereal can contain between 180 and 300mg of salt. That comprises about 12 percent of your recommended daily intake. You’re better off eating a bowl of oatmeal with fruit or unsalted nuts mixed in.

Everyone knows baked goods are some of the unhealthiest foods available, but the sugar, fat and carbohydrate levels are often considered the main reasons. Unfortunately, it gets worse. They’re also loaded with sodium, especially if they’re pre-made or baked from packaged mixes. For instance, single doughnut can give you as much as 200mg of sodium. There are already a lot of things wrong with these foods, so your best bet is to avoid them or make your own healthier versions at home.

High sodium has been strongly linked to high blood pressure, heart attack, stroke and blood clots. Yet many of us consume several times more than is recommended by current dietary guidelines. In order to gain better control over your sodium intake, it’s important to pay careful attention to food labels. You can take things a step further my making more of your own meals and snacks from scratch, which allows you to use the healthiest possible ingredients.