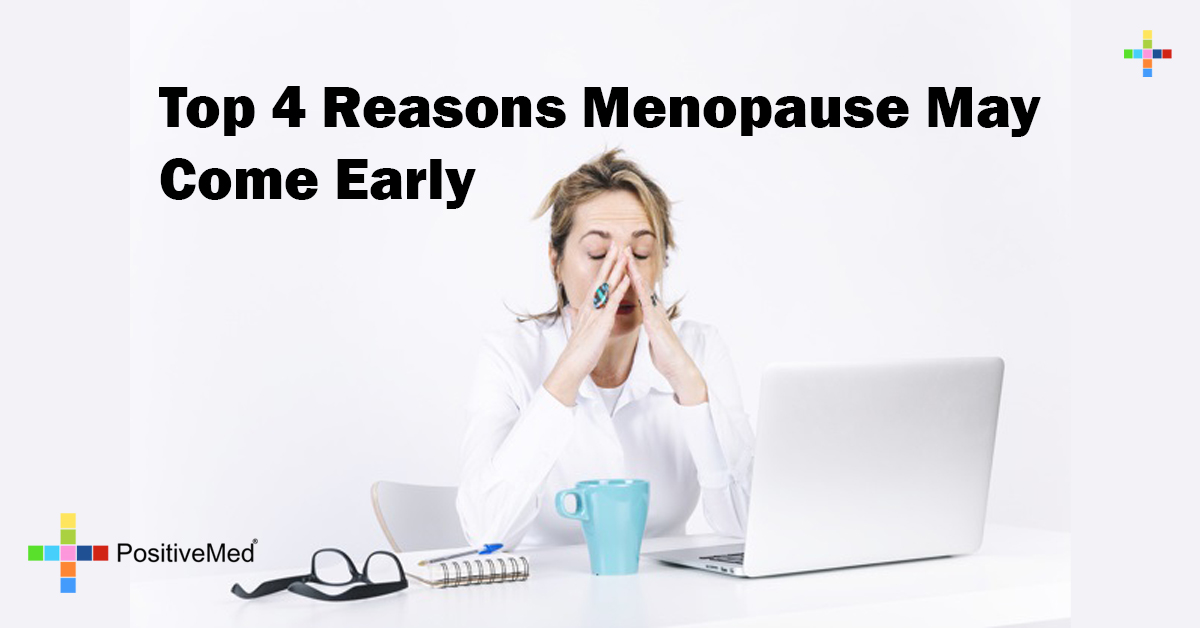 On average, women in the United States experience menopause around age 51. However, for some women, menopause can come earlier. Sometimes as early as their twenties. Indeed, research suggests that early menopause may be on the rise. Here are the top reasons why this may happen.

Some cancers, such as ovarian cancer, can cause early menopause on their own. However, cancer treatments can also be to blame. Chemotherapy and radiation treatments can damage the ovaries or severely disrupt the body’s normal hormonal function. This may cause cessation of menstruation and symptoms of menopause much earlier than normal.

Approximately one in 40 women are believed to suffer from polycystic ovarian syndrome (PCOS). This condition is characterized by cysts on the ovaries that can cause scarring and inflammation. It is often associated with infertility, hormonal imbalance, irregular menstruation, low love drive, excess hair growth and even premature menopause.

Premature ovarian failure (POF) is a relatively uncommon condition that is estimated to affect around one out of 10,000 women. Researchers aren’t certain why this happens, but they believe that a variety of illnesses can cause it. If you begin experiencing menopause symptoms in your twenties or thirties, your doctor may diagnose you with this condition.

Stress is one of the biggest threats to health in our modern times, yet also one of the most ignored. It suppresses immunity, causes depression and anxiety, contributes to obesity and can even cause heart disease. However, little attention is paid to the effects of stress on the reproductive system. All kinds of stress, both physical and psychological, can cause your body to enter early menopause. Under-eating, over-exercising and being underweight can cause a woman to stop menstruating. Being over-worked, under-rested and never giving yourself a break can also do this. Also, a recent study found that women of low socioeconomic status, another source of stress, tend to enter menopause around eight years earlier than women of higher socioeconomic status.

Although many women would enjoy an early reprieve from having to deal with periods, premature menopause can actually cause a number of health problems. Aside from infertility and low libido, it also comes with a greater risk of heart disease, bone loss, psychiatric disorders and certain cancers. If you think you’re experiencing signs of early menopause, it’s important to talk to your doctor right away.