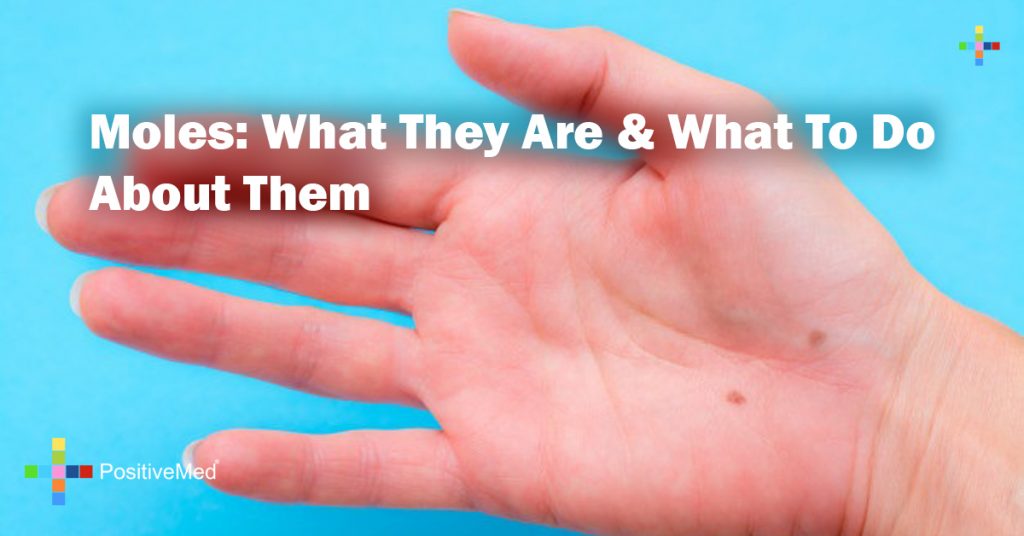 Nearly everyone alive has moles and the average person has between ten to forty on their body at any given time. Moles are marks on the skin that tend to be pink or brown. They can appear anywhere, sometimes alone or in groups. Most moles will appear within the first twenty years of a person’s life, typically in childhood. However, there are only certain moles that will appear later in life. It’s perfectly normal for moles to disappear with time or change, such as growing hair, gradually changing color, or becoming raised rather than flat.

How do moles form?

Moles occur when the skin cells grow in clusters rather than being spread out through the skin. Melanin, the chemical that provides skin with color, creates “melanocytes,” which are responsible for providing the skin’s natural pigmentation. Moles can become darker during teenage years, during pregnancy, or from exposure to the sun. Though scientists aren’t certain what triggers the formation of moles or what their purpose may be, it’s normal for them to change shape. However, moles that change drastically within a short amount of time or crop up suddenly in adulthood should be examined by a doctor. If there is any bleeding, itching, pain, or scaling occurring on a mole, it is time to see a dermatologist. Most doctors advise people to examine their moles on a regular basis. For the hard-to-see ones, use a mirror or ask a loved one. Keep a close eye on those moles that are frequently exposed to the sun.

Sometimes, moles can turn cancerous – there are some kinds that carry an above-average risk of becoming cancerous. Malignant melanoma, for example, has an increased chance of occurring in an individual who has congenital nevi, which are moles that people are born with. Malignant melanoma also can occur as a result of atypical, nevi moles that are hereditary, irregular, and larger than a quarter of an inch. The more moles a person has, the greater risk they have for melanoma. Men tend to develop melanoma on their backs, while women usually develop it on their lower legs.

If a mole looks dangerous a dermatologist will biopsy the mole. This is an easy, safe procedure and is the best way to determine whether or not the mole is cancerous. Afterwards, the dermatologist will remove the mole completely to reduce the risk of cancer developing or becoming worse.

Sometimes, however, people simply have moles they consider unsightly. As mole-removal is expensive, it’s not always a financially-smart decision to remove them medically for cosmetic reasons. Not to mention, if a mole is removed by a physician, there is a higher chance for scarring.

Another treatment that involves bandages has castor oil and baking soda. Create a paste of one part castor oil and one part baking soda, then dab it onto the mole, cover with a bandage and leave overnight. Cleanse it thoroughly in the morning. Do this daily until the mole disappears.

Applying a piece of raw potato to the mole for five minutes, several times a day, can also have huge benefits. Potatoes have enzymes that break down excess pigment and moles will shrink until they are gone.

While these at-home treatments are gradual, they aren’t expensive and harmful to the skin, which should be the major concern. After all, don’t they sound better than having someone cut them out or freeze them off?