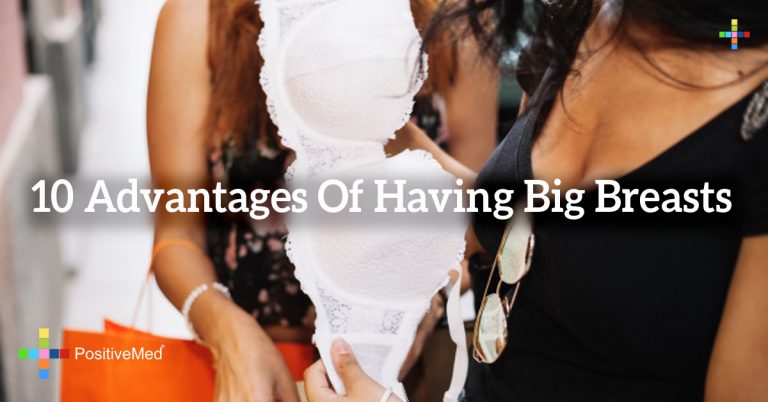 10 Advantages Of Having Big Breasts

It may sound like a joke, but scientifically speaking, larger chests can serve a variety of evolutionary and medical purposes. For every drawback of being well-endowed, there are a dozen health and social benefits of being large-chested.

Adipose tissue in breasts can assist with keeping a swimmer afloat in the water. As many studies have indicated human beings are a partially aquatic species, and larger breasts can even save a woman from drowning!

That same adipose tissue helps to keep large-chested women warmer in winter. With bigger breasts comes more body heat, a vital thing to have in areas which go deep below zero fahrenheit in winter.

Few things are as handy in a collision as a sturdy bosom! With the right cup size, a well-endowed girl can bounce back from bumpy situations–including falling face-first.

This should be obvious, but there are few evolutionary advantages as powerful as climbing the social ladder with ease. Large breasts, while cumbersome, can be eye-catching and even serve as a mating display.

Possessing the hormones needed to grow a large chest is generally indicative of a healthy reproductive system and is recognized as a sign of fertility in most cultures. It is the same hormone that makes for a healthy lower genitourinary tract as makes large breasts.

While large breasts are attractive, they can also serve as an intimidation tool. The bustiest girl in the room carries a certain amount of physical presence with her that allows her to make herself heard better; more people will pay attention to her.

Women with fuller figures tend to be more long-lived, while underweight women tend to have more health problems overall. Many women with large breasts have fuller figures that help them stay healthy throughout their life.

Evolution favors a mother who can take care of her kids, and a well-endowed woman never has to worry about food shortages for newborns. Large breasted women rarely have difficulty making enough breast milk for their baby.  According to some studies, men might even stare at larger breasts in an attempt to gauge childbearing ability!

Large-chested women carry their force of personality into the workplace: those with larger breasts, even in progressive workspaces, attain significantly more frequent promotions and raises.

Being well-endowed and flaunting it in the outfit of one’s choice is a privilege all its own–and large-chested girls can pull off outfits that others would only dream of! This includes the elusive bathing suit, which naturally looks better on a larger-chested woman.