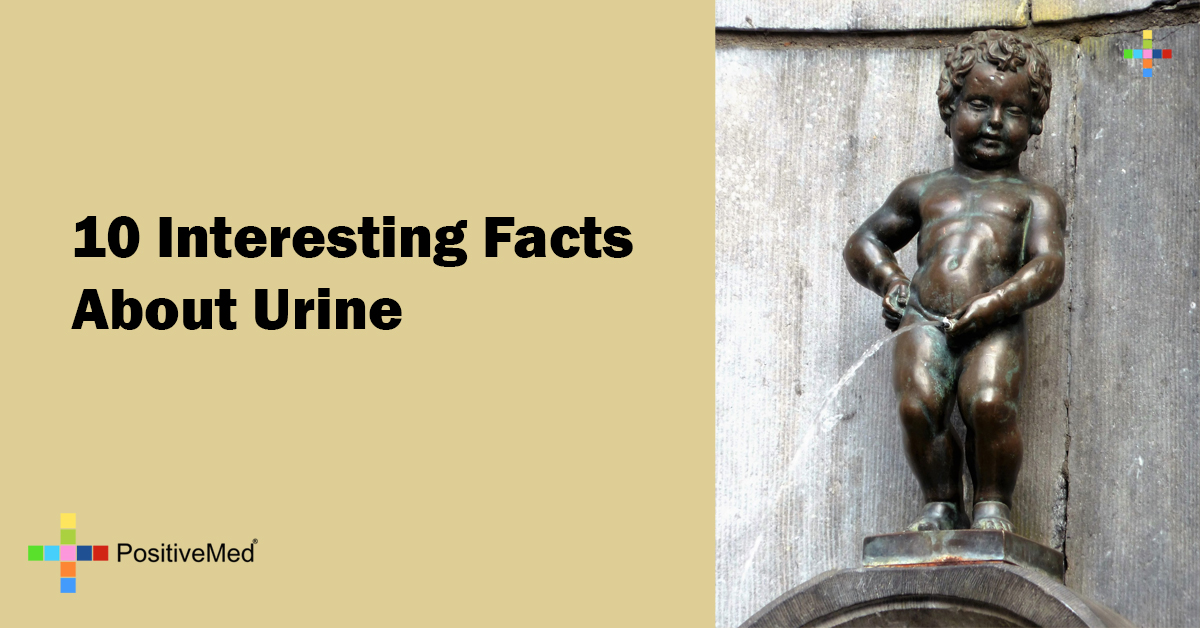 Everyone urinates, but not everyone has a good understanding of what urine is or how the body’s urinary system works. People are often unaware of certain basic facts about urine like its correct color or if there is pee on the moon.

Here are a few lesser-known truths about pee:

1. Eating Certain Foods Can Give Urine an Odor

Certain foods and medicines can affect the way urine smells. Asparagus is a well-known example; however, it should be noted that only 20 percent of people have the gene that allows them to smell asparagus in urine. Other less pleasant smells may be due to diabetes or bacteria.

2. Urine Should Not be Completely Clear

The popular belief is that urine should have the appearance of water and that any yellowness is a sign of dehydration. The truth is that there should be some yellow, just not too much. Clear urine can be a sign of over-hydration.

3. Phosphorus was Discovered by Heating Urine

In 1669, Hennig Brand distilled about 60 buckets of urine in the effort to find gold. His idea was that it was yellow and therefore it may contain the precious metal. Urine contains no gold but it does have a significant amount of phosphates and that is what he found instead.

4. Urine Has Been Used to Make Gas Masks

Shortly after chlorine gas was used for the first time in World War 1, troops were advised to hold a urine soaked rag over their faces. There were no gas masks available at that point. It was thought that the ammonia in urine would neutralize the chlorine thus protecting the soldiers from the worst effects of the gas. More advanced gas masks became available in the later part of the war.

5. The Average Bladder Can Hold a Soda

While it may seem to hold more after two or three cups of coffee, the human bladder actually holds roughly the same amount of liquid as a soda can.

6. One in Every Five Adults has Urinated in a Swimming Pool

20 percent of adults responding to a 2009 survey admitted to peeing in swimming pools. The strong chemical smell widely associated with swimming pool water is not from chlorine. It is chloramine, the chemical that is produced when chlorine is mixed with urine or the sweat of swimmers.

7. Urine as an Antidote for Jellyfish Stings

If a jellyfish ever stings you, you may find people offering to urinate on you as you writhe in pain; do not let them do it. Urine provides no benefit whatsoever. According to a study in the Western Journal of Medicine, it can actually set off any remaining stinging cells. Fresh water can have the same effect. The best solution is to wash the affected area with seawater.

8. Urine Can be Made into Whiskey

Not only is it possible, it has been done. Urine from volunteers has been purified and added to mash to speed up fermentation. The high sugar content of the urine is what makes it suitable for this.

9. There is Urine on the Moon

The moon is presently home to more than 400,000 pounds of material made by humans. Included amongst the detritus are bags of feces and urine from the moon landings.

10. Urine Can Cause Frogs to Lay Eggs

A dose of urine from a pregnant woman injected into the female South African Clawed Frog will cause it to lay eggs within 12 hours. The male frogs may also be used to test for pregnancy as they will produce sperm as a reaction to the injection. The reaction is due to a hormone in pregnant women’s urine. An earlier version of the test that used rabbits (the rabbit test) led to the phrase “the rabbit died” becoming a euphemism for pregnancy.