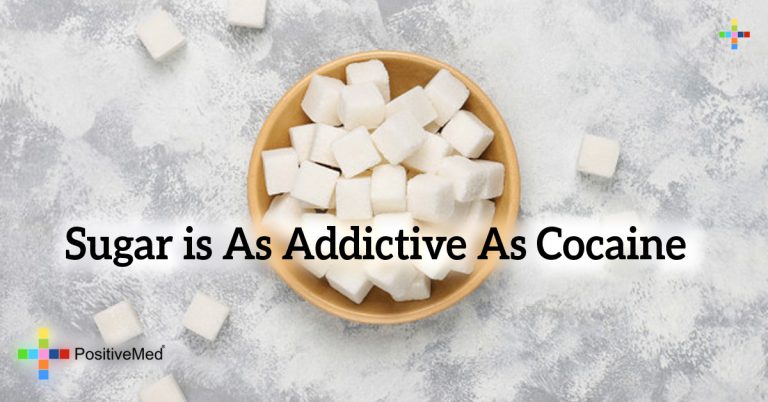 Sugar is As Addictive As Cocaine

Unlike drug abuse, sugar addiction remains socially acceptable even as its consequences have landed squarely on our midsection and ravished our health.

No hard feelings, but let’s level up. As a health-conscious person, you’re dialed in to healthier options and you steer clear of junk food, yet sugar hides in strange places like vinaigrette dressings. Those sneaky sugars feed an addiction you might not realize you have.
Take a deep breath. It’s not your fault.

“Being addicted to sugar and flour is not an emotional eating disorder,” says Dr. Mark Hyman. “It’s a biological disorder, driven by hormones and neurotransmitters that fuel sugar and carb cravings — leading to uncontrolled overeating. It’s the reason nearly 70 percent of Americans and 40 percent of kids are overweight.”

That’s why a single sugary, fatty cheat meal can create a downward spiral, knocking fat-regulating hormones out of balance, releasing rewarding neurotransmitters, and feeding the addiction cycle.
I challenge you to determine how much sugar really slips into your diet. (Probably way more than you imagined.) Don’t despair: your next meal becomes an opportunity to fix that damage.

Gradually Breaking Your Addiction
Going cold turkey doesn’t work. You’ve done that and you felt awful, you crashed terribly, and you probably made an 11 p.m. raid for butter pecan ice cream or whatever your dietary poison might be.

That won’t happen again. I’ve designed a different way to gradually, comfortably break your addiction. In my new book The Sugar Impact Diet, I’ll show you a cutting-edge, withdrawal-free way to gradually taper off sugar so you never feel deprived.

With my plan, you’re not going to curl up in the fetal position watching Sex in the City reruns as you lustfully fantasize about that jar of dulce de leche in your fridge.

As you taper off sugar, you’ll actually taste food again. As a sugar addict, you may not even realize that your diet is bland. Not only because you’re eating one-dimensional high-sugar impact foods, but because your jacked-up, sugar-loving taste buds have ruined your ability to truly taste.

I’ve got science on my side, and studies prove sugar addiction exists. The concept remains controversial in some circles. Am I overblowing the case or is this a legitimate addiction? Feel free to respectfully agree or disagree below or on my Facebook fan page.