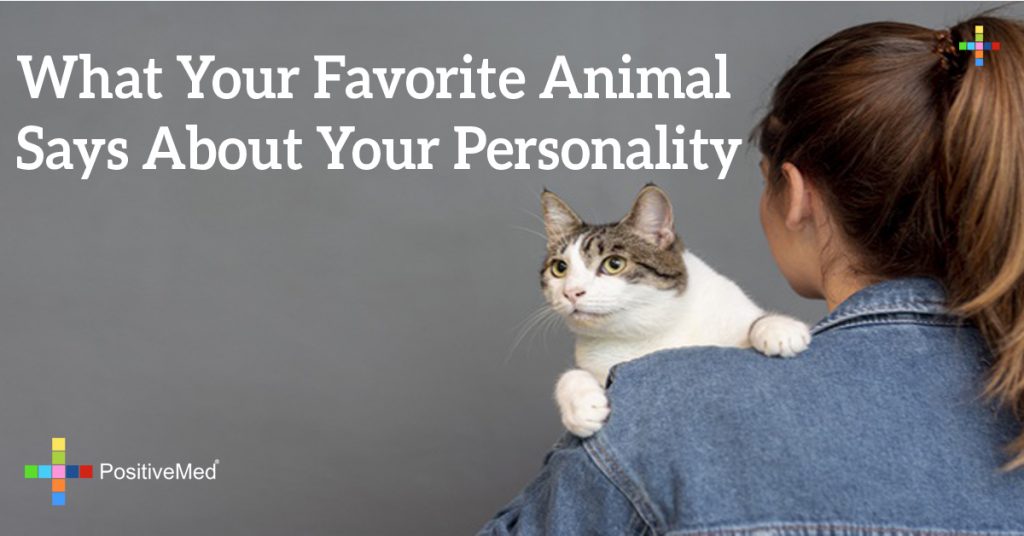 The concept of a “spirit animal” has existed since practically the dawn of humankind. In ancient records, we can read tales about spirit animals in one form or another. The Native Americans were particularly attuned to the concept, seeing certain animal patterns as omens or deriving strength from animals. It is not uncommon to see dream dictionaries filled to the brim with animals, as animals often serve as symbols in dreams. So…what does your favorite animal say about you?

First, we’ll start with domestic animals. Dogs are symbols of loyalty. If you are a dog person, chances are that you value honor and devotion above all. Cat people are strong and fearless, taking great joy in the right to be independent. Indeed, a recent study from Carroll University indicated that “cat people” were more likely to be non-conformists, more sensitive, and also more intelligent than dog owners. However, many people own both dogs and cats, and it is easy to see how the traits of these pets complement one another, although popular culture would have us believe otherwise!

Another animal that represents freedom and independence is the horse. There’s no coincidence that the mustang often serves as the mascot of the Wild West! If your favorite animal is a horse, chances are that you are a bold and uncompromising spirit.

Throughout many cultures, birds have often served symbolic functions. Especially in battle, they have served as harbingers of good or bad fortune. Those who are drawn to birds most likely value independence, strength, and perhaps function as messengers in their daily lives. They are said to assist in matters of higher consciousness, so a person who does a lot of public speaking may want to hone in on the spirit of the bird in order to draw power.

Those who are drawn to whales and dolphins, or who dream of them, are often people who like to do deep self-exploration. Since the ocean represents the collective unconscious, interest in creatures of the ocean tends to reveal the depth to one’s persona.

Interest in bears indicates that someone possesses hidden strengths. Bears are mighty animals who hibernate all winter, but emerge from their slumber with immense power. Elephants are believed to serve as removers of obstacles, which is probably why the Hindu god Ganesha has an elephant head. Those who are compelled to overcome challenges in life will probably be drawn to these magnificent creatures.

But what about those who are drawn to mythical creatures? There are also reasons for this; the dragon symbolizes control over the subconscious mind, as well as power and magic. It is no coincidence that one of the main storylines in the wildly popular show Game of Thrones concerns a queen’s relationship to her dragons. Those who find themselves interested in dragons may be compelled to explore their power.

There are so many animals that one can research, both real and imaginary, but the one common thread is that their symbolic natures do reveal quite a bit about the personalities of the people who love them.